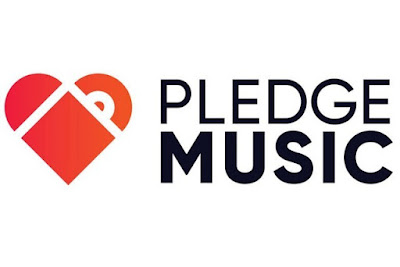 PledgeMusic started in 2009 as an online direct-to-fan music platform. The original idea was to help musicians reaching out directly their fans and pre-sale their music. The fans ("pledgers") were able to pre-order (and of course, pre-pay) albums and singles that weren't even released, in some cases without even a confirmed release date. Additionally, PledgeMusic (a vessel for the artists) were offering signed items, from albums to lyric sheets and anything else you could imagine. And of course, everything was pre-paid from the fanbase.

Someone might think that this was a way to support directly the artist and there is no problem with that. There never was supposed to be a problem, even if some items were way more expensive than how they should normally be. But everyone should understand that no one is forcing you to buy something. The item is out there, it has a price placed by someone and it is up to the fan if he wants to buy it or not. Even if these "items" were just... nothing yet, just a pre-ordered item that wasn't even manufactured, and there wasn't even a picture of it. But the fan should pre-pay if he wants the item. That's how business works, like it or not.

PledgeMusic is focused on raising funds for musicians, without retaining any ownership or rights to any music and encouraged artists to offer a wide range of exclusive content to "pledgers". Charity and donating was also a part of many campaigns.

Everything was looking successful until one point, even if there were many complains on shipping methods, damaged items and/or items that weren't exactly the ones pre-orderd and pre-paid. However, PledgeMusic refunded many similar issues, even if it took a while and lot of patience from "pledgers".

In the early years, PledgeMusic was nominated and won few important awards but when 2019 entered and with many campaigns ongoing, reports emerged of musicians not being paid in accordance with their agreements. Some payments were late even from mid-2018 and while it is too early to figure out what's happening, soon we will have statements. There have to be statements. What's more important though, is the ethical issue where artists are responsible and should fulfill on their own their obligations to the "pledgers"; the fanbase.

The fanbase gave money to PledgeMusic in order to support directly the artists and now it seems that some ongoing campaigns are falling apart, while the "pledgers" haven't got the pre-paid items, and some artists are asking from the "pledgers" (their fans that pre-paid in order to support directly the artist) to request a refund, contact lawyers and giving explanations that doesn't matter or make no difference for the fan, the supporter of the artist, the "pledger".

The artists were using PledgeMusic in order to get money from the fans months before the release of an album, for an album that wasn't even recorded. The fans supported the band, not PledgeMusic. If PledgeMusic is falling apart, the artists should fillfil their obligations against their fans. PledgeMusic is falling apart but that's business, and artists were involved in this kind of business "requesting" money upfront directly from their fanbase. Now, they should return them to their fans or give them the pre-ordered and pre-paid items.

The official announcements of PledgeMusic don't clear anything yet, while artists like Bernie Torme and Queensrÿche among others, confirm that payments in respect of their latest albums had not materialized and there is no communication coming from PledgeMusic with a solution. There is no information about the state of finances.

What the artists should do? What the fans should do? Crowdfunding was always "weird" and now it is falling apart. Or not?