The 1996 Legendary Recording Sessions! Unseen. Unheard. Unearthed. That's how the album was presented upon its release in 2004, but let's remember the story of those sessions... 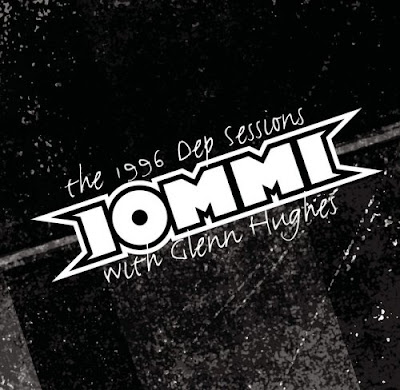 After the commercial (and artistic?) failure of Black Sabbath's Forbidden, the deal with I.R.S. record label was expired and the band was on hold. Meanwhile, in the background, there were people working on the original Black Sabbath line-up reunion...

In the second half of 1996, Tony Iommi and Glenn Hughes joined forces for first time since 1986 and the recordings of Black Sabbath's Seventh Star, which originally was intended to be released as Tony Iommi's first solo album. Actually, there was an idea to have different singers in the album, including also Rob Halford, David Coverdale and Robert Plant, besides Glenn Hughes, but there were contractual issues and it couldn't happen. Glenn Hughes has mentioned in an interview during mid ‘00s, that Seventh Star was supposed to be a project including three singers, himself, Rob Halford and Ronnie James Dio, but probably he was mistaken, especially regarding Dio during that period, in 1986.

During the '80s, both Tony Iommi and Glenn Hughes were on drugs but that wasn't affecting the live presence of Iommi. On the other side, there were times when Glenn was unable to perform, so after just a week of touring as Black Sabbath, supporting the release of Seventh Star, Glenn Hughes was replaced by Ray Gillen and the tour was a commercial failure while many shows were even cancelled.

Tony Iommi said that when he started writing songs with Hughes, those weren't intended to be released and just needed to work on something, but later, the Black Sabbath reunion of the original line-up happened and those sessions were forgotten. 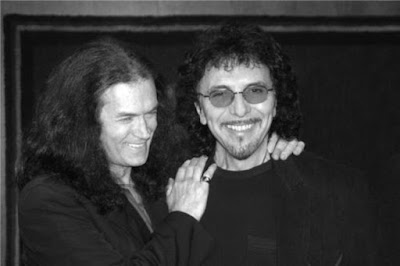 However, after the Black Sabbath reunion shows, Iommi recorded and released another - actually his first officially released - solo album, simply called Iommi (2000). That album included many guest vocalists, like Henry Rollins, Dave Grohl, Philip Anselmo, Serj Tankian, Peter Steele and Ozzy Osbourne, plus the precious help of producer Bob Marlette. If you want my humble opinion, Iommi is much inferior to the Glenn Hughes' 1996 recordings.

Those 1996 recordings ended up as a bootleg with the title Eighth Star and several years ago, after the suggestion of his guitar tech Mike Clement (who found those recordings), Tony Iommi decided to complete and finally release them. However, another issue came up, the accusations and the conviction of drummer Dave Holland who was found guilty of attempted rape and several indecent assaults against an underage male with learning difficulties, to whom he had been giving drum lessons. Tony Iommi didn't want a convicted sex offender appearing on his album, so the drum parts were re-recorded by Jimmy Copley, a well-known session drummer that had worked with Killing Joke, Tears for Fears, Paul Rodgers and many more.

The album was finally mixed by Mike Exeter (an important person in the recent history of Tony Iommi) and mastered by Dick Beetham. It was released in September 28th of 2004 in the United States and October the 4th in United Kingdom and Europe, as Iommi, under the title The 1996 DEP Sessions.


The 1996 DEP Sessions is one of those albums that will always remain in the shadow of classic releases. Most of the times, it is also forgotten. It is not a classic album, neither it can stand next to the Black Sabbath milestones, but don't forget that this is not a Black Sabbath album - actually not even Seventh Star is, but history has written Black Sabbath on it.

The 1996 DEP Sessions is a soulful release, created out of pure passion for music, from two of the most important and iconic names in the history of heavy music; one of those two, is probably the greatest...


Read more about the Greatest One, HERE