Tony Martin & The Alliance: The chapter before Black Sabbath

Tony Martin has a long story as an artist, even if he is mainly known as one of the Black Sabbath singers. Actually, he is the second longest serving singer of the first heavy metal band, after Ozzy Osbourne.

The story of the years before Black Sabbath is not very clear. Even the facts during the Black Sabbath years are not totally clear, so imagine what happened during the years of bands without official releases, many line-up changes and different perspectives, depending on who's talking. So, we will try to view history as it is. 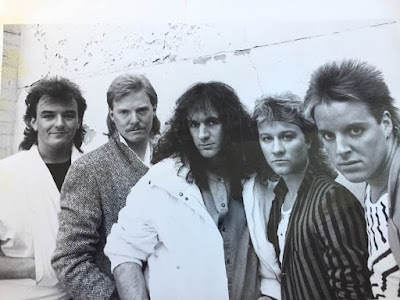 The Alliance was a hard rock band in Birmingham, UK. The first incarnation of the band included drummer Barry Scrannage who performed with Starfighters, and The Flying Hat Band (the pre-Judas Priest band of Glenn Tipton), and also had been involved in the very early days of Ozzy Osbourne's solo band. Bassist Ace Kefford (of The Move) was also part of that band, called Space Race at the time. When Tony Martin (previously performed with Orion and Legend) meet Albert Chapman, a previous Black Sabbath tour manager, Albert became The Alliance and Tony Martin's manager. At some point, Albert fired Barry and Ace, and recruited few promising musicians, and among the ones who joined The Alliance, were Adrian Dawson (guitar), Tim Kelly (bass), Mitch Archer (drums) and Eddie George (keyboards).

It was in 1985 when the band hit a significant break when they got the chance to record three songs for Tommy Vance's BBC radio program Friday Rock Show. Those songs were "Strangers", "Trying to Forget", "No Broken Hearts", and all three of them, were an excellent example of high quality mid-80s melodic hard rock. In a fair world, "Strangers" could be a super hit, while "No Broken Hearts" a well-known rock ballad.

Shortly, The Alliance  signed a deal with Warner Bros Records and few more songs were recorded in demo form. Titles of few of those songs were "Victories Mine", "Keep in Touch", "Ready or Not", "Reaper", "Put a Little Faith in Me" and "Here I Am". It seemed that things were rolling but besides Tony Martin, the rest of the band started getting regular jobs and families, so in the end, it was just Tony who left alone to rehearse and record. It was that point, where Albert Chapman started spreading Tony's name around and ex-Whitesnake guitarist Bernie Marsden was interested in Tony Martin for his band, Alaska. But Chapman decided to convince Tony Martin to continue with The Alliance.

Misha Calvin, a native of Yugoslavia, arrived in the UK during that time and was brought into the band. Misha Calvin was a talented guitarist but his position in The Alliance was uncertain, and shortly, Tony Martin decided to move on and left The Alliance. It is said that The Alliance tried to reform and approached original Judas Priest singer Al Atkins to join them but it never happened. I am not sure if this is correct, since at that time, Al Atkins was travelling around Europe (Yugoslavia, France, Netherlands)

Before joining Black Sabbath, Tony Martin recorded few demo songs with Tobruk ("White Line Fever", It's Murder") when their singer Stuart "Snake" Neale left to join Idol Rich, but nothing else happened. Tony Martin was also invited by guitarist Adrian Vandenberg to have a jam and writing session, but this project also never happened because Adrian joined Whitesnake.

Suddenly, in 1993, an album under the title Evolution appears at Vienna Records and the band-artist's name, is Misha Calvin...

Produced and arranged by Misha Calvin. 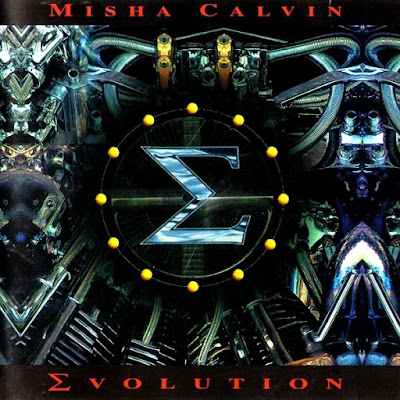 What was that? Misha Calvin got The Alliance demo tracks, erased the old guitar parts and recorded his own, presenting it as a Misha Calvin release. It is not known if any of The Alliance members got any royalties from the Evolution release.
Evolution was re-released in 2001 (Panoramic Music)  and 2004 (Majestic Rock) including six bonus tracks, mentioned as the 'Evolution Studio Sessions' archive tapes featuring Tony Martin on vocals.

Tony Martin & The Alliance story, is one of the countless little chapters in the history of rock, that could be more known but remained in obscurity. After this chapter, Tony Martin joined Black Sabbath at a time where not many people were interested in working with them. He never missed a show, he was always there and I dare to say that he was an important element that made albums like "Headless Cross" and "Tyr" so great, but that's another story to be told...