and God saith, 'Let light be', and light is. 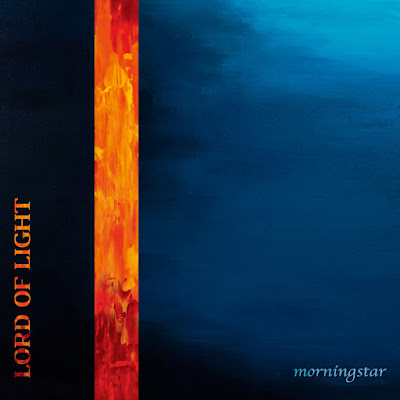 Sometime in November of 2019, you were invited to listen to a new Heavy Metal album in the name of Lord of Light. That album, entitled Morningstar, was uploaded on digital platforms and not later than few days, it reached record labels and fans, with an enormous positive response.
Songwriter Nicklas Kirkevall will introduce for the first time Lord of Light to the world.

How did you get into music as a fan, and how as a musician?
I listened to a lot of rock music before that point but hearing "Aces High" with Iron Maiden kind of sealed the deal for me. That was around when I was 13 years old and I had just picked up the guitar after wanting to play for many years. I started with classical piano when I was quite young but there was always some measure of rock aspirations in me and with some good teachers, the early versions of Guitar Pro, and the greatness of Steve Harris and his men, I got a very strong start.

Did you play in other bands before Lord of Light?
I played keyboards with a few different bands of a more AOR oriented nature before, and did some gigs long ago, but that role never sat very well with me. I think I had more energy that needed out than playing bell pads and piano hooks made possible. Also, the sound of an electric guitar through a good high gain amplifier is one of the most beautiful sounds there is in this world.

What's the idea or meaning behind the name of the band and what pushed you to create Lord of Light?
The music is what’s been bouncing around my head for the better part of a decade now. There are riffs and melodies that don’t seem to want to leave me so I have to make something of them not to go insane. Light is the perfect theme for it all because it represents all the things that I want to relate. Without light there would be no life, so it makes sense to honour it.

How would you describe Lord of Light to someone who is not familiar with the band?
It’s heavy metal. It’s prog/power. I don’t know, the influences range from Toto to Meshuggah, and we’re equally traditionalist and trying to push the envelope. Only analogue synths were used and we had a tempo track or metronome for only a short few moments. Heavy metal that’s vibrant and organic, and at the same time as hard hitting and powerful as we can possibly make it, is the goal. 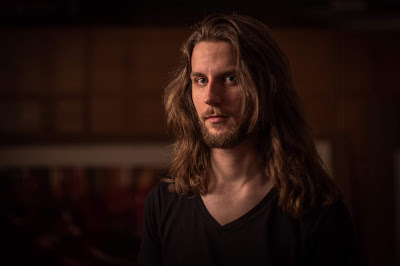 How long did it take you to write, perform and record the songs of Morningstar and can you tell us a few words for each track?
We spent about a week in the studio for all the basic stuff, and then I did a few weeks alone for the different vocal and guitar parts. After that the synths took several months to properly finish. It was a pretty arduous thing, to be honest, but I chalk a lot of that up to my inexperience as a producer. I’ve done studio work before but this project is different in many ways, and there were many good lessons learned during the process.
To speak a little on the songs it was "Presage" that kind of cemented this whole thing. I had actually written the music for "Ballad of the Righteous" before that but "Presage" was the first track with all the instrumentation down, so that’s where it started to seem like there was actually something exciting and worthwhile to make of it all. I rewrote it into "Typhoon" and wrote the rest of the material after that. "Morningstar" was the last to be completed and the one where I dared to go off in new directions the most.

When the album was completed, it was uploaded on Spotify and shortly you created a YouTube channel, where you also uploaded the album. Did you search for a record label before or you just let it "happen"?
There were plans to make a proper pitch to some labels but in the end I wanted to get to work on a new release as soon as possible, so we kind of just let it out to clear the slate and focus on the next step. The positive response we got was quite unexpected given how little effort we put in to getting it out there, but a very welcome boon after all the work we put in. It’s fantastic to have this kind of response with No Remorse Records, releasing Morningstar, and going into the next release.

Where would you place Lord of Light in the current music scene and which are your expectations for the future?
I think there is much to be done within the world of metal that hasn’t been done already. Some times it can feel like there aren’t any more uncharted waters to explore, but I sincerely hope we get the opportunity to prove otherwise in the coming years. I know we’re not the only ones, but I think we have the chance to contribute something really meaningful.

Morningstar will be released on CD format via No Remorse Records on March 13, 2020.
Join Lord of Light on Facebook HERE
Αναρτήθηκε από Andreas A. στις 6:24 μ.μ.