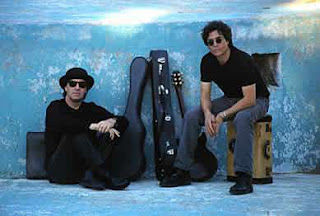 Larry “L.A.” Greene’s music career has spanned decades. Song writer and singer, he has performed most notably with the bands FORTUNE and HARLAN CAGE. In his long music career he has written and performed songs for movies like “Top Gun”, “Over The Top” among others, and television series. Crystal Logic speaks with Larry about his past bands, music and other interesting things. Enjoy.

How was the Los Angeles music scene back in the 80s, during the Fortune years?

The LA music scene had a unique heartbeat in the 80's. There was the Sunset strip Mötley Crüe - nail your bands fliers to the telephone poles outside of the Whisky a go-go crowd - right along with the back alley sex and drug groupies chasing the Guns and Roses sound-a-likes. Then there was the Toto, Steely Dan crowd engulfed in a much diversity as you could still call truthful. It was a crazy energetic time. It was also the peak of the recording labels glory - of course they had there own set of demons, but that’s probably a question for another day.

Along with Roger Scott Craig, you contribute a lot at the recordings and the final result of the famous “Fortune” album that was released back in 1985. This album had great impact in the music scene of that time, but after that you split. Let us know all the details behind the recordings, the promotion, the problems you had with your label, and eventually, the reasons of disbanding. 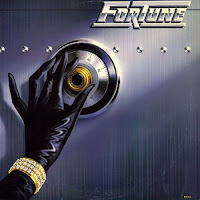 We started recording “Fortune” at Sound City in the San Fernando Valley just north of LA. By the time we finished we'd used several studios just trying to stay ahead of the craziness that seemed to follow us around. Kind of like dancing on the edge of a very sharp razor - if we didn't keep moving we'd bleed out. I think we finished at Village Recorders in Santa Monica about six weeks after we started.
We were with Camel records at the time. They were a subsidiary of MCA that was run by Bruce Bird and some of his gangster friends. Just after the release Bruce’s brother, Gary Bird, was busted for some kind of shady payola on the East Coast.  When MCA heard of it, they immediately terminated their association with the Camel label. That was the beginning of the end for us. Along with the bands Giuffria and Night Ranger (we were the only 3 bands on the label at that time), most of the other labels around town were afraid to touch anyone associated with that payola thing. It was a big deal at the time and something totally out of our control - kind of like descending into a bad dream you didn't know was out there.

What was your music background before Fortune?

I started playing and singing professionally before I could drive a car.  When I was 14 I signed with Capricorn Records in a band called Odyssey. We didn’t make much money, but the school girls thought I was real cool. And just as mania always seems to have the wind to its back, I went full speed ahead, eager to go pissing in the tall weeds with the big dogs - if you know what I mean.
I toured with several bands when I first got to LA.  I had just signed with RCA Records in a band called Teaser when I met Richard Fortune. It was about a year later when I joined Fortune with Richard, Roger, Mick and at that time David Deleon on bass before Bobby Birch came on board.

After the departure from Fortune, you create Harlan Cage with Roger. What have you done until the mid-90s, when “Harlan Cage” was released? Let us know about your collaborations in movies’ soundtracks.

I met Giorgio Moroder in 1984 while I was still with Fortune.  I sang the song “Reach Out for the Medal” for the Olympic Games that year. Michael Dilbeck, the music supervisor for CBS at the time, called me about the possibility of singing a few songs to get Kenny Logins interested in performing on the much anticipated film “Top Gun”. When I sang “Through The Fire” I didn’t really think they would use my version, but Giorgio liked it and he had the final say. Then “Over The Top” came along. That gave me two songs to brag about.  Even though the film wasn’t very popular at the time, it's got a weird semi-cult following now - especially in Japan. I sang a song on the film “Mystic Pizza” a year later - Julia Roberts' first. Then on to many more lesser known.

Until early 00s, Harlan Cage had significant success mainly in Japan. Which ones were your most memorable moments of that course?

The first 3 Harlan Cage CD’s on King Records did really well. We got nice numbers on their Burrn! magazine charts as well as interviews, pictures and airplay on the rock stations. I’ve always loved the Japanese for the music they like. They’re real a diverse lot and really passionate. When the tsunami hit we contributed a H.C. song called “Sinners Grove” for the “Rock for Japan” CD released in Germany and throughout Europe. Hopefully that helped in a small way.

What the name Harlan Cage stands for?

I got the picture of Harlan Cage as an American folklore character - beggar, thief, preacher man - around the time of the US civil war. Teethed on a crucifix - cradled in the delta – somewhere between a profit and a liar - I honestly don’t really know what’s true and what isn't.  I just liked the way it sounded.  Like Jethro Tull or Leonard Skinner (Lynyrd Skynyrd). A band of another mans name. 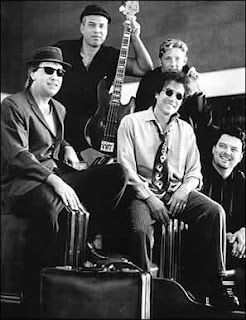 What AOR means for you and which ones are your favorite bands?

I never cared for the tag AOR, or any other name pinned on us. I knew we were compared to a lot of other bands, especially with Fortune, but it seemed a real drag that the record companies felt like they had to label everything just to get airplay. I hated it - but I actually think I liked most of the melodic rock bands back then - Foreigner, Journey, Guns and Roses. Bands like Foo Fighters are right where we left it off. I guess sometimes what’s good, bears repeating.


How easy or difficult was for a melodic rock / AOR band like you to create this kind of music in the United States of the mid 90s to mid 00s?

I think most of us who weren’t ultimately successful with the bands we started out with, pulled away from live performing in the 90’s and 00’s and went behind the consoles as engineers and producers. Survival pushed me once again into post-production films and television. I guess I already had a head start with the films I had done earlier, so it really wasn't too hard of a transition. Sometimes I feel like I'm walking on a rubber floor that keeps bouncing me back no matter how many times I fuck up.

Do you think you had a missed chance for bigger commercial recognition with Harlan Cage or you meant to stay for few but tasteful listeners? 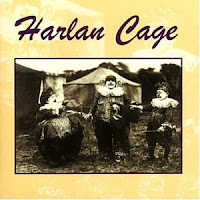 We wanted to reach as many people as we could with Harlan Cage. I think both Roger and I really enjoyed busting out that kind of music when no one else was doing it. I guess by the time we put together the first few CD’s, the melodic rock scene was all but dead in the US. We became an export only band – a couple of illogical lunatics trying to make sense of it all. 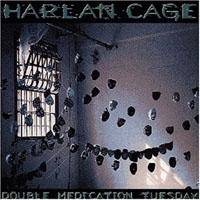 I’ve always believed that if more people would listen to bands like Harlan Cage or my beloved Praying Mantis, our world would be better. The positive aura and the feelings of your music are capable to relax the mind and soul. From where all these bittersweet emotions that flow from your music and lyrics are coming from? It is summer now also and I remembered “98 in the Shade”… All these love stories and broken-hearted tales are coming from your reality? 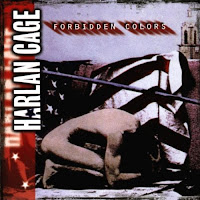 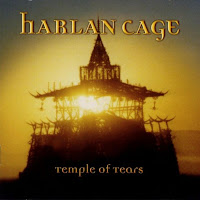 I'm glad to hear our music touched you. Thanks for the compliment. There’s always been a little slice of life in the lyrics I write - although I must admit sometimes I just make it all up. I think I heard Tom Waits say “people don’t really want the truth as much as they want to be amused”. That said - there are a number of exceptions. The song “As You Are” about a relationship I treasured for what it became and not for what is was supposed to be, is definitely one of them. There are others too - “One New York Morning” was all of that.

I’ve been blessed being able to make a living in music and in the music business. It’s changed from the way it used to be, but non the less satisfying. I've recently written and performed songs for HBO, FX, AMC, and lots of others I can't remember. I'm also writing for other artists and still working on films that come my way.


What’s the status of Harlan Cage? Is there any chance for a new album?

I can’t really say about another H.C. album. It would be tough for Roger and I to make the time right now for the labour of love it would take for an honest CD we could be proud of, but with that said, I’ll always leave the door a jar.

Thanks for your time!

I hope you found this interview informative and thanks again for all of your support and encouragement throughout the years.