HOUR OF 13 - Interview with Phil Swanson 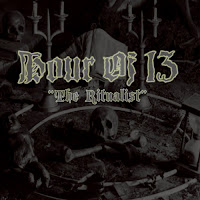 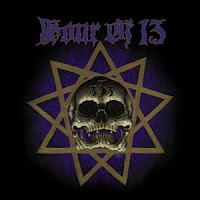 Hour Of 13 is among my favorite bands of the last years and their occult heavy rock / metal with doom elements seduces me. At the end of the month, their third album "333" will be released from Earache records and I took the opportunity to speak with the great singer and person Philip Swanson about the band and other interesting things.


What is the status of the upcoming album and what should we expect? 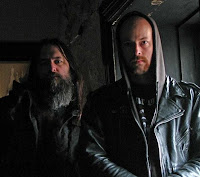 Album is done and at pressing as I type for a May 29 release. It actually is streaming now online at the Soggy Bog podcast in its entirety. You can expect a much more mature effort both vocally and lyrically and musically more dynamics I would say.

So far you have a solid presence as a band, twisting around heavy rock, old British metal, doom and the occult. Where do you thing Hour Of 13 stand for today’s metal music?

As for modern metal music we are quite primitive in comparison. We are obviously treading in familiar waters and living much in the past but in a current relevant present with the doom leanings that are so popular at this time.

What is your inspiration and influences for the Hour Of 13 lyrics? I know there is a lot of underground cult and horror cinema beyond your words. Even the cover of “The Ritualist” is from a scene of the old Swedish/Danish film “Häxan”.

Originally as the idea for an occult band was virgining I had in mind inspiration from most importantly Angel Witch but also Christian Death as well as Coven (thrash), Talon (aka Sedition) and Satans Massacre. I just used those influences to form the template then went in my own direction of realizing satanic panic of the 70s and 80s which I guess works so well due to the fact the music is so influenced from those eras.

We both share great respect and love for Black Sabbath and NWOBHM. Which bands of today do you think stay true to such a state of originality?

There allot that do and allot more that say they do but don’t at all. But as I type I am listening to Lord Vicar and they most defiantly stay true also I think Northwinds, Touch the Spider, Horrors of the Black Museum, Year of the Goat, Steel Mammoth, Grand Magus to name a few. To me you have to have a certain rawness to have the NWOBHM appeal and a special progression to carry the Black Sabbath flag honorably.

Atlantean Kodex is another one band I totally support and admire. What do you remember from your days with Manuel and the rest of the guys? Until now, “The Hidden Folk” remains the landmark song of this band that represents the whole essence of Atlantean Kodex.

You make it sound so long ago hahaha! What I remember most about working with Manuel and Florian was their patients with me. I am very one dimensional in comparison. They both had very strong ideas and I tend to myself and the fact we were able to get as far as we did was an accomplishment in itself. It was a huge honor for me to have that chance to work with a foreign band and really paved the way for me. I learned allot from that experience and since made a very conscious effort to be patient enough to be the kind of singer they wanted at that time. Now I have my own resume I am much more comfortable takeing on the role as a session singer or as I would describe it an “instrument”. I don’t do it with Hour of 13, Seamount or Vestal Claret and I do write all my own melodies but Ive allowed myself with Briton Rites and Lords of Triumph to sing other peoples words now and on a more recent unheard project even allowed some melody coaching. I mostly now want to do that to add some variation to my bands and there has become so many.

Seamount, Vestal Claret, Briton Rites… how do you manage to work with all these bands? And by the way, in which development stage are you with Howie Bentley and the upcoming Briton Rites album?

Its all about my mood, usually when I'm stressed or frustrated I turned to writing to escape my ordinary life much like some would turn to drug or drink. So I mange my music much like an alcoholic or drug addict I guess? Over indulgently and out of control. Howie had just emailed me the other day actually and we have four songs written and planning four more, I hope to have it done by years end. I'm not as anxious as I used to be so whenever Howie's ready I am.

What is your personal perspective for religions, today’s society and world?

I find it obsolete actually unless is more scientific or spiritually unknown. The only problem I have with religion is its insistence of trying to define God or something obviously undefinable or unexperienced.

What kind of person is Chad Davis and how it is working with him? 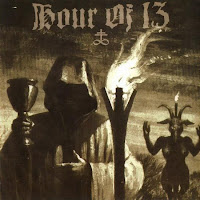 Chad and I get along great when together but that’s a rarity we are more involved in a professional relationship. We live completely different and separate lives and work independently of each other on our parts to Hour of 13. There is really no input from either side, just allot of faith and trust in each others individual talent.

Five years after the great self-titled debut of Hour Of 13, how do you see it now and which are the most memorable moments of this journey to the occult?

A long difficult and seldom rewarding road. Getting that concept completed that appeared on the first record was a very difficult turbulent time. Looking back it makes me proud that it has paid off from a simple whim of an idea to what it has become today. The single most memorable moment that will stand the length of our career I think Chad and I would agree is our live debut at Dublin Doom Days fest, just an incredibly surprising moment. 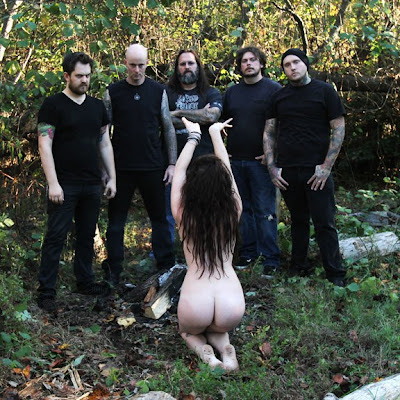 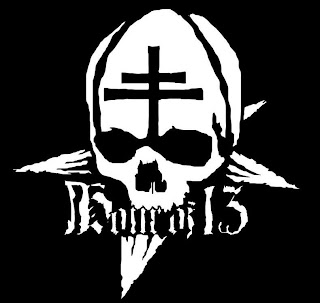