Praying Mantis is among the best and most unique bands that ever came out of England. The band is about to give some gigs during summer, while working on new material and I took the chance to have a couple of words with Chris Troy...

So here we are again. This is the third interview in the last years, this time for my personal blog/site. I’ve told you that Mantis' music always meant a lot for me. These melodies and lyrics made me wanted to be a better person, so thank you for that.

That is such a kind thing to say and it is very much appreciated.

“A chance we had, to cry for the new world”. So, do you think there is hope in the next years and what do you believe we, the people, should cry out?

Yes I do think that we will emerge and everything will return to a better level. Sometimes I look at the thousands of people as they disappear out of the cars, trains, buses, etc and head towards their jobs or things that they need to do. It all seems so such an intricate finely balanced economic model but in reality it only takes a very slight shift and everything can suddenly go off-balance which it has and it seems to have rippled everywhere. Some countries more affected than others! Cry out for more good music! :-)

“Time has no meaning, time tells no lies. Man has evolved as a predator in disguise”. So, is it all in man’s nature?

I think it is. I wrote those lyrics in 1976!!! …And the theme seemed so very pertinent even back then. Around that time the population was under 4 billion and now it has gone over 7 billion in what is actually a very short interval in terms of the life of the planet. Yet we carry on unabated and if we continue down this incredibly blind and utterly ignorant path. Who knows what the future will hold. Man of course is the predator, maybe now, no longer in disguise..! 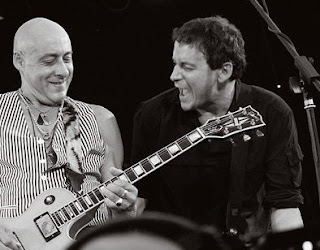 “Welcome to my childhood dream; reliving what I’ve missed before, time and time over again”. In July 27, Praying Mantis will play live in Cyprus at Power of the Night festival. How do you feel returning to the land of your father and which are your strongest memories from Cyprus?

I am hoping it will be a fantastic experience. My father unfortunately passed away around 16 years ago, and Tino and myself took him to Cyprus to see his family before he really became ill. So I have some very sad memories of the place but I also remember the fantastic people that we met… Everyone seemed so warm and friendly. We are so looking forward to it.

Well after all these years we are somehow still going as a band and this makes me incredibly proud. There is no doubt we have gone through some very difficult times but in addition there have also been some amazing moments. I feel so privileged to have been provided with a position to get our music and lyrics in a form that can be conveyed into people’s lives. And if they relate to the lyrics and interpret them how they feel the theme , then that is even better!!! There can always be more, but to the same degree we could always be richer! …i.e. I cannot complain, we have left our mark in history.

“Hide me from my memories, part me from my soul, but the pendulum of life will carry on”. You never quit music - thanks for us! – and that shows that this is something that you love doing. What music means for you? 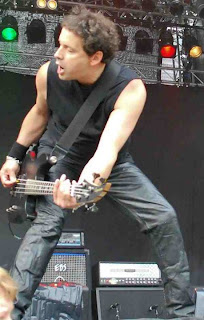 No doubt it is a lifeblood. It is also a drug that sometimes you think you can live without, but then you realize you need it again and again, to have another fix! …Yes I am a music junkie!

“Hallowed and be thy name; seeking the road of redemption. Reach for the Gods in vain; guilty of love and temptation”. Which are the mistakes of your past that you would change if you knew the future?

Making mistakes is part of life. Some of those will inevitably be big and involve aspects that we may always regret. Yes there are certain stages at the beginning of our history where I think if we had ventured down that alternative road then we could have been where Iron Maiden are today! And in truth it was really that close! But you learn to be philosophical about these things and quite simply it wasn’t meant to be!

Back in Mantis, which are the songs that characterize your personality and your music? 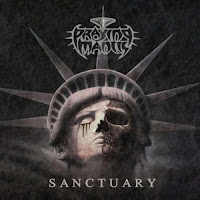 That is a difficult one. Personally I love writing using minor chords as they conjure up darkness and a depth which consequently one can associate with equally dark and deep lyrics. That is me, I don’t think I have ever written a straightforward love song and I don’t think I am capable of doing that. :-)

After your last studio album, “Sanctuary”, you released “Metalmorphosis” with remakes of older classics. What’s the next step?

As you have stated “Sanctuary” was indeed the last studio album and any of the fans really did like it. “Metalmorphosis” offered us the chance to play some of the old classics with the current band line up. For the next stage, the cliche answer would be that we are working on a new studio album, and actually we are :-) … We will make every endeavor to make it the best album ever, but time will tell!

Give me a couple of words for each of the following names:

New Wave of British Heavy Metal – Great time. It was fantastic to be part of it.
Dennis Stratton – Fantastic guy and an amazing character. I will always fondly remember the time he was in Mantis.
Iron Maiden - Who? :-)
Diamond Head - Yes I think that they were a very good band; should have been bigger than they were.
Stratus – Sad in many ways. The key element of Stratus is that Clive Burr was in the band. I did actually really enjoy the rather brief period when that band existed.
Time Tells No Lies – It was the beginning for Mantis and people will always compare whatever we do to that album. Many fans/critics call it a classic now which is an honour.
Sanctuary – Most fans believe that album now stands up against Time Tells No Lies and hence hopefully we still have the formula to continue for the years we have ahead.

And close as you wish.

Thank you for putting together some of the most interestingly structured questions that I have ever been given to answer!!! :-)
Looking very much forward to playing Cyprus and playing to these amazing people. It will be an honour! 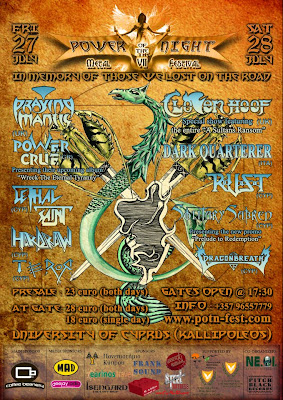 Praying Mantis will play live at
Power Of The Night Metal Festival
in Cyprus, along with other great bands, at 27/28 July 2012 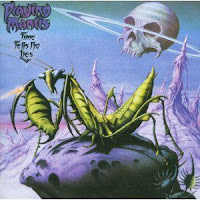 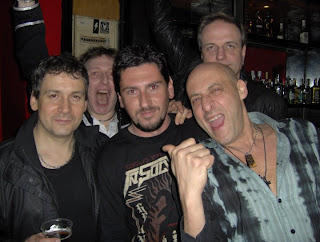 with Praying Mantis in Athens 2010
(Up The Hammers Festival)