WARLORD on fire over Europe


Finally, European dates for the WARLORD live shows are announced:

Prepare for the EXPERIENCE of a LIFETIME

As it is officially announced from Keep It True Festival: 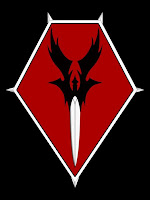 Finally we are able to announce our big Saturday headliner. We tried the band since KIT 1 and now it becomes reality: Legendary WARLORD with William J Tsamis and Mark Zonder will headline the KEEP IT TRUE Saturday. This will be the first show of WARLORD since the two shows in 2002 in Wacken and Itzehoe. There will also be a brand new album released in 2013. So be prepared for the mighty return of WARLORD. Here are also some words from William J Tsamis himself: 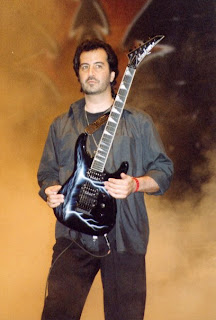 "Warlord is very happy to be coming to the Keep It True festival this April 2013.  As you may know, there was a lot of tension whether Warlord should play Keep It True or Headbangers Open Air.  I have great respect for the promoters of HOA and I have great respect for Oliver Weinsheimer, the promoter of Keep It True.  In the end, however, our decision was based on one simple factor - and that was "the fans."  Apart from researching the venues and corroborating with our peers from other respected metal bands, it all came down to what the fans were saying. Our intelligence sources followed numerous discussions on the internet, and it was clear that the fans at Keep It True seemed to want Warlord more than the fans of Headbangers Open Air.  Thus, "Warlord is coming like a thunderstorm to deliver "epic power metal" in a way that you cannot even imagine… and we are doing it for "the fans" because we love "the fans."  In fact, to us, it's all about "the fans".  So when the fans tell us by a 10 to 1 margin that we should play Keep It True, we listen to the fans because our radar is up and running and our satellites are watching the situation.  We hope the energy and affection at Keep it True will be able to match the passion, power and shock that Warlord will bring, because what we have in store for you is something that you cannot even imagine!"
Until then, all the best,
William J Tsamis"

There is also a huge thrill and emotion among the Greek fans for the two shows in Hellas, and the addition of a third date is something that is not impossible...

By the end of 2012, William J Tsamis’ “Sea of Tranquility” will be officially released, in a special remastered CD edition from No Remorse Records, including the heart and musical creativity of William J Tsamis through songs written and recorded during 1993-94.