VALIDOR interview... at the Dawn of the Avenger 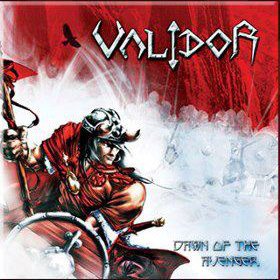 At Up The Hammers Festival Special Edition II on October 14, 2012, Iron On Iron Records present the second album of Validor called “Dawn Of The Avenger”. Being there from the very beginning of this band, I always believed in Validor’s Epic Metal sound and the mastermind behind Validor, Odi, didn’t fail me! He won’t fail YOU either if you are into barbaric epic metal… So let’s see what Odi has to say…

You have a new album, just released, called “Dawn Of The Avenger”. How was the composing and production procedure and how long are you working on this one?

Hello! As in the previous album, all went very smoothly and even better. I had all the songs pre-recorded in my house and with the professionalism of Bob Katsionis and the excellent communication we had, the album was written in less than two months.

Along with your debut album “In Blood In Battle”, once again, Bob Katsionis helps you in recording and also plays some guitar parts and keyboards. How important is his contribution in Validor?

Bob, despite the fact that is a very good friend, is a highly talented musician. Knowing my character and also having the expertise that is needed he helped incredibly even in the vocal lines. How important he is? All I have to say is that he is so important for Validor, as Marty Friedman was for Megadeth.

Which are the differences between your two albums?

Both albums are designed to not become boring! This means several different parts, many lead guitars, changing tempos and diverse vocals. Beside that, the mistakes of the rookie are decreased. I worked more for the vocals and sung without anxiety and fear - not that I died in fear in my previous album haha. The main difference is the galloping rhythms that come and go in the new album. Also, I will agree with all those who say that “Dawn Of The Avenger” is more epic and more barbarian! 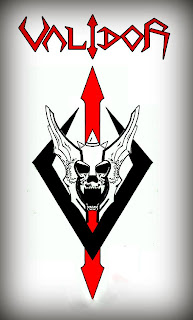 How would you describe your music?

How did you come up with the cover on “Hour Of The Dragon” from Manilla Road for the new album?

I made the cover version of “Hour Of The Dragon” (and not a remake) because, besides being one of my favorite songs since I was young, I remember myself singing the song and before the chorus I always said “why didn’t they speed up here or scream there…” so I decided to record it in my own way, the way I had it in mind and  the final result fully justified me and as the creator (Mark Shelton) wrote to me: “By the gods this is great stuff man. I love it, I love it, I love it. Great job. I think you have done a better version of the song than ours. Man believe me this is really great stuff.”

Validor will remain as one-man band with guest musicians and why? Don't you want to perform live in the future?

When I started Validor I did not have in mind to release anything for the world. Until the first 6 songs, I wrote music only for me and my best friends. Then, after threats and blackmail, they convinced me to go to a record label. Having Nick as guitarist, I recorded another song but after personal issues he left and Bob replaced him. Validor is for me the personification of my soul and for this reason I don’t want other members. That’s because if a member of a band doesn’t have an opinion, he is not a member but just a hired musician. So this is why I work with guest musicians. The only one after me, who has an opinion and view for Validor is Bob, but he takes the title of guest musician for force majeure, since he has contracts with other companies and cannot be a member in any band he wants.
Beyond that, a live show is something that maybe will concern me in the future. At the moment the conditions in my life do not allow me to do it and I don’t have enough free time. The only free time I have is dedicated to my wife and my family.

Let's talk about the Greek metal scene for a while. For you, which bands stand out from the mass and why?

Attention! I will only refer to recent bands and start with a great band named War Dance. The have great epic songs and emotional music, and they remind me of Manowar. That is enough for me to have them among my favorite bands. Wishdoom, after their demo also released a multifaceted epic album with diversity but always stayed epic! And although they tend to Doom (a genre that I don’t like) they don’t make me bored… On the contrary I like them! I listened a song from a new band called Tidal Dreams and get stuck on that one! I will not say anything more because I got their debut album just yesterday and I have not yet a complete opinion. The only thing I will say is that they are perhaps one of the most promising bands at this moment! I also like Wrathblade, even if they are a couple of years more in the scene, but they just released their first album this year… And now, Black Sword Thunder Attack! There are people who believe in them, and I expect something new from them apart from the demo. If they will release an album, many will kneel before them! If they won’t it will be a fault for them. Their singer has the most cult vocals and I'm proud that he accepted to do guest vocals on my first album, in the song “The Last Emperor” and I am trying to convince them to release their debut album which I have heard and it kills! If they will be left to slumber, I won’t bother with them again. If you won’t do something go and kill yourself! And finally I will mention a band that is not new but it's my favorite… Wolfcry!

Which are the things that bother you in Hellenic metal scene and what does it takes for a band to succeed?

Although you do know better, I would say… We are full with “cliques”, assholes and conceited people! Just like that! People who released one record and consider themselves judges who deride the bands they don’t like without any respect and if you will tell them something, they just reply “we have democracy and I am saying my opinion.” Wrong! Democracy and freedom of opinion and speech is a different thing from a direct attack and infection. But they are so uneducated that they do not know that insult and irony - derision, are prosecuted. Each one insults the ones he doesn’t like and praises his friends. They think that they represent the Greek metal scene and that they are supporters of the scene. Shit supporters they are... and they don’t support the scene by going in a few live shows. They only do it to promote their work. On the other hand, there are people who really love the scene but they are only few. 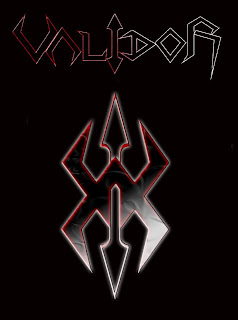 What "success" means for you?

Everyone perceives success in a different way. So I don’t know what a band has to do to succeed, because I simply don’t know what success means for them. A few months ago I received a photo from an American who wrote in the back that Validor gave him strength and courage to overcome anxiety about a heart surgery that he would make… and few days later I received a message from a Spain, who told me that after a car accident, he sat a year in bed and listening only to Validor and Manowar because that was giving him motivate to get up and walk again… Beyond the positive comments like “epic composition” etc that I have received and honor me, success for me are these two messages which shocked me! This is the biggest success that I never imagined that I would have…

What are your plans for the near future?

I will continue without rush this time with the third Validor album. A thrash metal album under the name “Castigation” and one more surprise… Maybe a live show also in the future…

Thank you very much for the opportunity you gave me to talk about the new album, but above all for your support from the beginning of Validor. I would also like to thank Iron On Iron Records for the full respect they showed in me. I asked one thing, they gave me ten! Our art work designer, Eleni Papadea entered my soul and created the art I had in my soul. So simple! Vlastos and Tsilios devoted to what they had to do with passion and the result is a great digipack CD with an amazing cover and an incredible booklet! Beyond that, I have to thank also Greg Varsamis for everything he has done. Hails!