AGATUS Interview - The Dark One speaks... 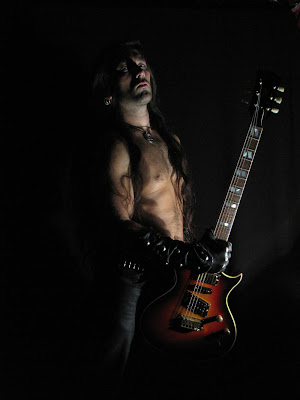 AGATUS... A legendary band from Greece that dwells in Black Metal with many traditional metal elements, epic atmosphere and great musicianship. After many years, Eskarth The Dark One and Archon Vorskaath are back in Greece and recently the performed a return live show in Athens, supporting Primordial. This year, they released a new EP entitled "Gilgamesh" and a remastered version of their first album "Dawn Of Martyrdom" is on the way. Crystal Logic took the opportunity to exchange a few words with The Dark One...

So, you are back! After a few years of absence, first last year with “Night Mares” EP and this year with “Gilgamesh” EP. What have you done these years?

Indeed we are. I have been busy with various diverse projects over the last few years. The pre-production of the new Agatus album was recorded, (hopefully available next year). I toured with Zemial, did various shows and recordings with Raven Black Night and composed and recorded bits and pieces for my solo acoustic project. Over summer I was involved in the recording sessions of the next Zemial album “NYKTA” which is anticipated for release in 2013 through Hells Headbangers Records.

Early 90s and the cult begin… Give us a brief bio of Agatus.

Formed in 1992 in Athens, Greece. Recorded and released our first demo “A Night of The Dark Ages” in 1993 and our debut “Dawn of Martyrdom” in 1994 with the line-up, Archon Vorskaath, Eskarth The Dark One, Prince Korthnage. The same year Vorskaath and myself moved to Australia where we re-established the band. In 1996 we recorded the 7EP “Rite of Metamorphosis” with our new member Dracon (Destroyer 666, Razor of Occam). In 2001 Vorskaath and myself recorded our second album “The Weaving Fates” with of Jimmy Petkof (Raven Black Night) as guest vocalist. Due to other commitments the band remained dormant until 2009 which was when I re-incarnated Agatus in order to participate in Hell’s Pleasure where we shared the stage with Pentagram (US), ABSU, The Devil’s Blood and many other great bands. In 2010 I recorded songs for the 7”EP “Gilgamesh” which was released in 2012 by Those Opposed Records and marked the band’s return and new stylistic direction.

What I can see, is two brothers with unique musicianship and each one has a band as his main vehicle. Yours is Agatus, and Vorskaath’s is Zemial. But each one completes the other one sometimes. How didn’t you come up with one band?

Thank you for your kind words. As a matter of fact we do have a couple of bands in which we both share all duties, these being Alpha Centauri and The Watcher.  We are both contributors musically, lyrically and arrangement wise. Besides, both Agatus and Zemial are evolving into something entirely different from each other and all that we did in the past. 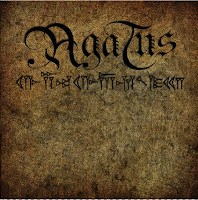 “Gilgamesh” EP is your latest release (earlier this year) and I can see that your Heavy Metal influences are more obvious than ever. Which are these influences and what is the next step?

I am a huge fan of  70’s - 80’s Rock and Heavy Metal Music and I felt the urge to combine some of my influences in the music of Agatus. From the very beginning the music contained a lot of Heavy Metal elements, however in a lesser dose due the fact I was trying to keep the band sounding more in the Black Metal vein but with melodic elements. The fact was that my skills at the time didn’t allow for many elaborations, hahaha. That was so cool... Creativity was so intense due to the fact that I had to somehow compensate with mood and melodies for all those parts that I wanted to compose but simply couldn’t.

Where do you live now? Are you back in Greece?

Yeah, I am back in Greece again after nearly two decades of living Down Under.
Recently, in November 24, we witnessed a live show of Agatus supporting Primordial. How did you felt playing in your homeland almost 20 years after Agatus’ birth?

It was an excellent moment for us. Very much anticipated and almost surreal. It felt like I owed this show to the Greek fans who have supported us throughout the years and continue to enjoy and support what we offer with Agatus or Zemial. Simply put, the audience was brilliant! We do have a great fan base in Greece and we sincerely look forward to our next live endeavour where we can offer even more to the fans.

What Agatus stands for? Which is the essence of the band?

Movement. Throughout the years I have attempted to create a unique sound which I feel I have achieved. I exercise freedom in expression however in a more conservative manner in order to remain within the context of the genre I represent. In other words I am happy to mix elements together in order to create the picture I have in mind.
Back I the mid 90s when you released your debut album “Dawn Of Martyrdom” you were somehow under the sign of Rotting Christ, Necromantia and Varathron, the leading forces of Hellenic Black Metal. Also your album then, released from Hypervorea Records had a limited press. How easy or difficult were those years and what do you remember from composing, recording and releasing your first album? 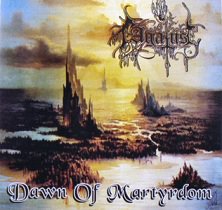 Indeed all three aforementioned bands where certainly well established entities within the Greek scene and appeared as a source of influence or inspiration in one way or another for many Greek bands. Certainly it wasn’t an easy thing to get a record deal, especially from labels outside of Greece. When we did the recording of the demo I recall the owner of the studio (and Molon Lave Records), expecting that we hand over the recording to him in order to release it through his label. Most bands did that.
As far as the composition is concerned, the whole thing was taking place in my bedroom at home whilst studio rehearsals with Vorskaath, Korthnage and myself were less than a handful prior to the actual recording of the album. I was in Australia on the date of the release and I remember receiving a box of 20 or 25 CDs. I was hoping for more. That was it; never did I see anything more from the label that profited from my work. 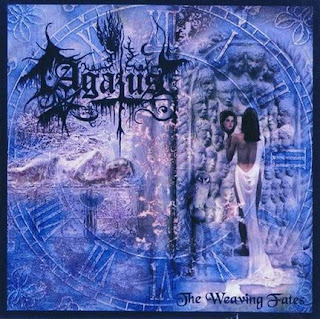 In “The Weaving Fates” album, you started moving slowly into the depths of a more traditional Heavy Metal sound, keeping though all the Black Metal elements that characterize Agatus. Again, for that album, do you have any interesting stories to share with us?

I remember recording the album preproduction minus the drums in my own studio on an Tascam 8-track cassette recorder. We rehearsed at my brother’s place with drums a few times and then we entered Mixmasters Studio for the big moment. The daily budget was around $800 AUS per day so there was no time for fucking around. We either knew the stuff or we didn’t. Very little time for improvisation and working things out on the spot. The entire album was recorded in 3 days and spent 2 days mixing it. We spent the biggest part of the first day setting up the drums and getting a sound. “The Weaving Fates” is a mostly a live album since the drums and one of the guitars were recorded live within just 90 minutes (I have the entire session recorded on video). Most pieces were one take. I invited Jimmy Petkof (Raven Black Night) to do a vocal part in the song “Conqueror of Fear” which worked out really well and that marked the beginning of a longer lasting collaboration on various fronts. The album was recorded and mixed using AMEK and SSL consoles and Studer multitrack reel to reel machines. Nice memories.

Give us a few words for all the other bands you participate in. As far as I know, Raven Black Night are going to release their album through Metal Blade Records, right?

Yeah, that’s right. The new album “Barbarian Winter” is scheduled to be released through Metal Blade Records in early 2013.
I am also involved with the band Alpha Centauri that is moving in the realms of epic metal. Götz Kühnemund - chief editor for Rock Hard magazine once told me that he felt that Alpha Centauri was Europe’s answer to Warlorld. Subsequently he voted it number 1 in his list of personal favourites in Rock Hard Germany sometime in 2007? That was quite an encouraging statement for our work that to-date remains unreleased and has only been circulated in demos and through MySpace.
I am also involved in The Watcher which is a progressive rock band with inspiration drawn by bands such as Eloy, King Crimson, Marillion, Tangerine Dream, Socrates Drank The Conium, Änglagård, Camel, Rush, Mike Oldfield, Hawkwind and many others. We have only done 3 live performances –all in Australia.
Music, lyrics and all arrangements  in Alpha Centauri and The Watcher are handled both by Vorskaath and myself. I also compose my own material which is more like NWOBHM as well as acoustic contemporary material that does not belong to the metal genre. 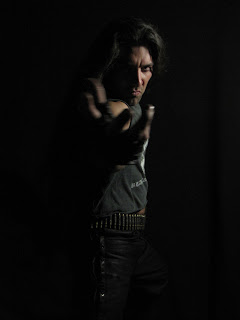 Thank you for supporting Agatus and for the fine interview. A re-mastered gatefold LP version of “Dawn of Martyrdom” will be available early in December 2012. Those interested in reserving a copy can get in touch with me directly via Facebook: http://www.facebook.com/agatus.thedark

Organisers wishing to book Agatus for selected shows are welcome to get in touch.