ALIEN is a Swedish AOR / Melodic Rock band formed in Gothenburg  in 1986. Two years later they released their first self-titled album, a landmark of AOR, recently re-released from EMI/No Remorse Records. The band is active and they enjoy what they do, more than ever! At the moment, they're writing a new album and Crystal Logic speaks with bassist Ken Sandin.

First of all, you will play in the next Firefest, on October 20th. It is the 10th Anniversary of the festival and also the 25th Anniversary since your debut album! What does it means for you?

Firefest is asking us back for the 10th Anniversary and of course, this is a great compliment! The reunion was all about nostalgia, we're having so much fun performing the (debut album) songs again. What could be a better place to celebrate than at FF, together with fans from all over the globe!
I’m also performing with Fergie Frederiksen (TOTO), Joe Lynn Turner (Rainbow) and Eric Martin (Mr. Big), in “LEGENDS - Voices of Rock”, headlining the festival. So, the 20th will be something else!

Your debut album was recently re-released in its original form and it seems that there are people that didn’t forget you! How important do you think is “Alien” album for AOR fans and the band? 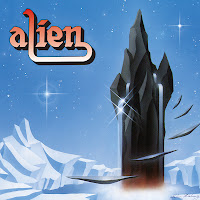 I've come to understand it's considered an absolute AOR classic around the world. It's a cool thing to be part of the legacy of 80's melodic rock, especially since there's a new wave of bands now - some of them list us as major influence.
For us it's THE most important record, as far as experience and success. An unforgettable insight in the process of writing, arranging, performing, producing, dealing with producers, major label A&Rs, managers, agents, media etc. Those memories will always have a special place in our hearts!

Back in 1988. What do you remember from the recordings of “Alien” and how did you sign a deal with a world wide major label like Virgin Records?

I remember it well... First session was at (ABBA's) Polar Studio, Stockholm with producer Mark Dearnley. We cut three songs, one being “Only One Woman” released as single. Relocated to Sound City Studios, L.A. with producer Chris Minto and cut a whole albums worth of songs. The U.S. recordings, plus “Only One Woman” (just had to be in there, being a #1 hit!), made up the debut album (Scandinavian version).
For the international version Virgin America had some remixes done, new album cover. Should've been Simon Fowler pics, shot in London. Scraped, of course, when Jim quit. Made new pics and the “Tears Don't Put Out The Fire” video in L.A. and the first single (2 songs) with Pete were added to the album, to introduce him.
Virgin Scandinavia had their eyes on us, so we recorded two songs (Dec ‘86) which became the first two singles (they’re both on the “Best & Rare” compilation). Our CEO presented coming releases on a Virgin head quarter briefing in London, they believed that Alien would appeal to further territories and hence rewrote our contract into a worldwide deal!

The cover for “Only One Woman” was a major hit back then, but I always preferred your original material! How did you come up with this cover and what’s the story behind “The Blob” film and “Brave New Love” in its soundtrack?

It had been 20 years since the Marbles had a hit with it (with Graham Bonnet singing his heart out!). Virgin saw the potential in an 80’s take on it, and asked us to. Turned out great!
Hollywood made the remake of “The Blob” while we were working in L.A. and our music was recommended. “Feel My Love” is in the film and “Brave New Love” in the end credits.

What do you remember from your live shows back then?

Amazing! Coming back from L.A. to find “Only One Woman” sky-rocketing the charts. Bringing the album on tour, beating box office records, being all over media. The time of our lives.


Later there was a re-worked version of your debut album for US market with different track list and a new singer for two songs. That seems complicated, so, what Ken Sandin’s diary writes for that time? 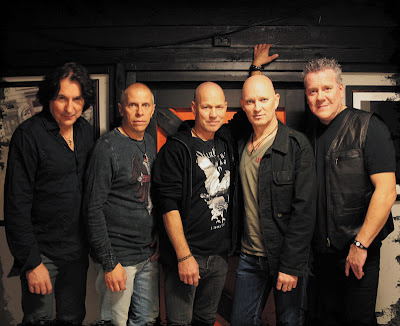 We had to release the Scandinavian album asap, expectations were high after our chart topping single and successful tour. Preparations for the international one were more thorough. Guess it’s confusing with the change of singers. For instance, in the “Tears…” video you see Pete but hear Jim!

“Shiftin’ Gear” followed, but it seemed that something was missing from the success link. What can you recall from that time and why did you left the band?

First of all, I never left the band! We split up in the end of ‘89, disbanded. Mutual agreement, no one to use the band name without the others. What happened later is another story, out of my control.
We had the follow up album written and made a first session at Townhouse Studios, London with Mark Dearnley. “Easy Livin’”/”How Long” released as (our last) single and “Wild, Young & Free” and “21st Century Man (demo)” later on the “Best & Rare” collection. Four other songs are on “Shifting Gear”, but EMI actually plan to add our original versions as bonus for digital download.

There was quiet a difficult era for Alien during the 90s and 00s, but first at 2005 original singer Jim Jidhed rejoined the band - and also recorded a new album with the rest (“Dark Eyes”) - and finally, during 2010 the original line-up came up together. What made you guys work together again and how were these two last years for Alien?

From what I heard, “Dark Eyes” was a solo album project of Tony, with different singers (Jim being one of them), to start with. I was sure that calling it a reunion of Alien meant the original lineup would never get together... can’t make a reunion twice. But, here we are.
As I’ve said, the one album we did together has so much sentimental value to all of us. To consider playing those songs once more was a no-brainer! We’ve done few but very cool shows, like Sweden Rock Festival, Firefest, Live4AOR (Madrid) etc. …sounding as good as ever. It’s been a blast!
A new single, “Ready To Fly” (released 10.10.10), to mark the reunion. Hope you all liked it!? 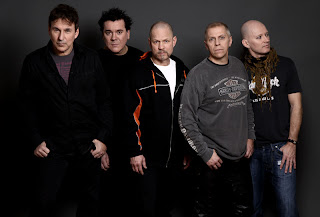 Do you think you had a missed chance for a huge break-through?

Possibly, back then. We had everything set for the international launch - major label/publisher and management backup. Supposed to open for a major act, had Jim only stayed. Who knows…

So, what the future holds for Alien?

There will be more shows. As for new music, we’re writing a new album right now, taking our time. We decided early on that if we make a new record, it shall be a natural follow up to the 1988 debut  in terms of style, melodies etc. …with an up to date production, of course. 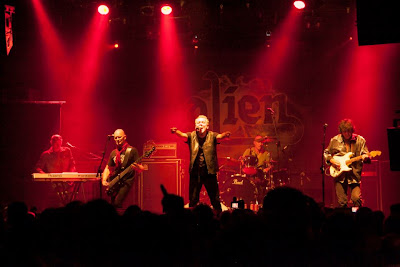