"You can't fire slaves, I guess?" - Damond Jiniya speaks about Savatage. An honest interview about poets and madmen in the music industry.


Poets and Madmen, the last studio album of Savatage, was released in 2001 with a recording line-up including Jon Oliva (lead vocals, keyboards), Chris Caffery (lead and rhythm guitars), Johnny Lee Middleton (bass) and Jeff Plate (drums). Some additional lead guitars were contributed by Al Pitrelli and some additional keyboards by Bob Kinkel. Paul O'Neill was the producer (the album was co-produced by Jon Oliva) and the one who provided the story and lyrics, while the music was written mainly by Oliva/O'Neill/Caffery.

Previous lead singer Zak Stevens was no longer in the band (after 4 studio albums), so Savatage hired Damond Jiniya as the lead singer for the upcoming tour and he shared vocals on stage with Jon Oliva. 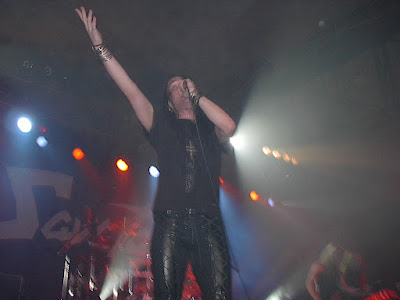 Music industry is full with weird stories and a reality that most of the people will never learn. Even in the storyline of each band, there might be many different stories and now we will have a quick look in the story of Damond Jiniya. "Music industry is a blank ugly canvas. Time for heavy paint", says Damond, before he will introduce us himself.

"I performed professionally around the United States as a child singing country and western. As a teen I formed a few "shock" groups but nothing primetime.

1993, Began Diet of Worms. Toured Canada, Mexico, Europe and the US in my 20s. During this time I was also working as an IATSE stage hand on large stage productions. I was a builder for shows from Miss Saigon to Eminem.


I bought Poets and Madmen shortly after its release since Savatage is one of my favorite bands. Most likely a personal US Top-5 band. Even if I loved Zak Stevens' voice, it was cool to see that Jon handled lead vocals again, but the album left me a taste that there was something missing, or to be more specific, it needed something more. Still a great album though and in July 2001 I saw Savatage live at Rockwave Festival in Athens, Greece, performing before Cradle of Filth, Megadeth and Judas Priest (with Ripper on vocals). That was the first time I saw Damond on stage, sharing vocals with the Mountain King. That was a great show but the best was yet to come.

In January 2002, Savatage returned to Greece for a headline show and what a great show it was! I was in the Greek Savatage fan club and we had the opportunity to enter venue before soundcheck, so we met the band. I spoke mainly with Damond and guitarist Jack Frost who was also part of this touring band. Jack was surprised when I gave him Seven Witches albums to sign. He couldn't believe that someone would give him albums of his main band back then. I wonder what he is doing right now; I haven't heard anything from him since 2015.

That Savatage show still remains one of the most emotional and best ones I attended. And Damond did a great job. It seemed that there was a future for the band but on the other hand, Trans-Siberian Orchestra was a beast in the United States and it was growing bigger and bigger. 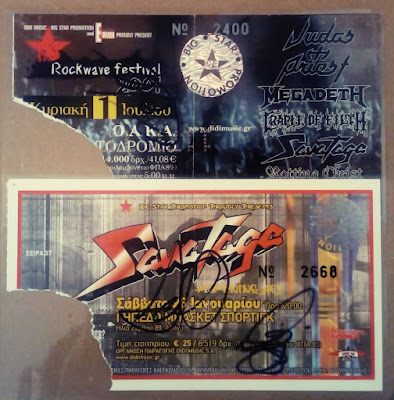 Damond Jiniya seems an honest and true person. Someone who has nothing to lose and the chat we had is very interesting.


"I joined after the Poets and Madmen album was re-recorded ommiting Zak. I was offered a three-album future. Signed. Nothing came of it", says Damond.


- So, at first, how did Savatage approach you, and when we say Savatage, who did specifically?

"Jon Oliva was writing Zak's first record with Dan Cambpell as a tag along. They came to Diet of Worms studios. My residence at the time. Jon seemed to be taken by my youthful rocker look. Looking back, I think he saw an opportunity to revitalize the band after Zak's departure. Jon said "If that guy can sing a note he's in." I was young and took it as a compliment. I was naive."


- What did they ask you to do? You shared vocals with Jon Oliva on stage and also Jack Frost was brought aboard on guitars. But were you an equal member?

"I was told you can't fire slaves. Direct quote."


- How was the tour and what kind of memories do you have?


- There was an extended tour and festival appearances. What happened when the tour was finished? It is weird how everything stopped...

"After 9/11 (editor's note: September 11, 2001 terrorist attacks), the immaturity was at an all time high. I was part of it. Savatage was clearly sinking after the attacks on NYC."


Back then and while the band was touring, Paul O'Neill's input was clear according to Damond, "Money, schedules."


Damond Jiniya was offered a three albums deal with Savatage but it never happened. But since Trans-Siberian Orchestra was also connected with Savatage, Damond notes, "I recorded for TSO. I was told recently I was never considered."


Damond was left in the cold but life goes on. What happened after Savatage? "Continued singing, writing waking up creative. Ive played 5 nights a week locally (Tampa/Nashville) for the past 9 years."


- It appears that lately there is a "letter" addressed to ex-Savatage members and musicians related, mentioning that you are not allowed to perform Savatage songs. How did this "letter" came to your attention and what's your opinion about it?

"It was a collection of rants. The rants we're collectively about having a tour ruined intentionally by Nightcastle Management and TSO. These words somehow made it into the hands of a cypherpunk (ex-Sava fan) who created a letter directed at causing problems for management and Jon Oliva. As it was explained to me, it was retaliation from a lifetime fan jilted by TSO. I'd imagine cypherpunks love Savatage."


- Have you discussed about it with other ex-Savatage members?

"Yes. Jon was mad at me. Since I knew the fan. He asked apologized to the office. I did. I also severed ties."


- Someone might say that since you weren't a part of any studio album, it might be valid, but do you think that Savatage members that are also part of TSO will stop performing with their bands in order to keep their successful "job" with TSO?


- Since Paul O'Neill is no longer with us, who is in charge now, for anything related to Savatage and TSO?

"His wife and children."


I can't tell if we will see Savatage again in the future. Trans-Siberian Orchestra is a huge touring organization in the United States and I believe that some people related to Savatage could offer a live version (under another name) that would respect the band's legacy and fans. But it seems that this can't be done with the new management.

As for the future of everyone related... I think there are more to come but I don't know if they will be positive or negative when the crowds are gone. 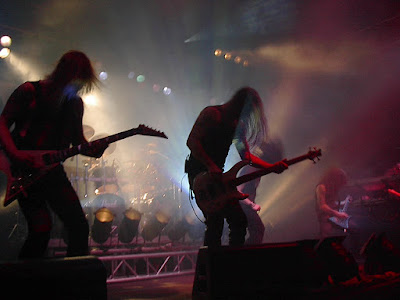 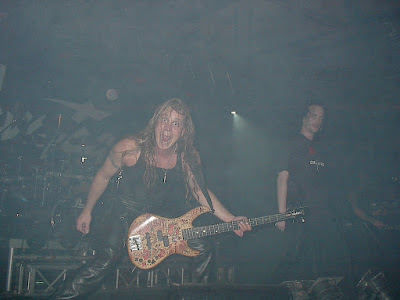 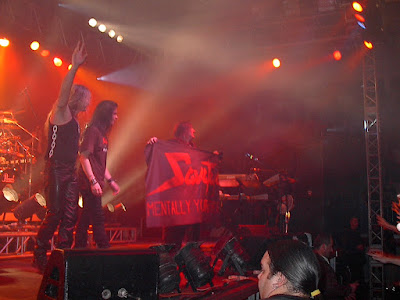 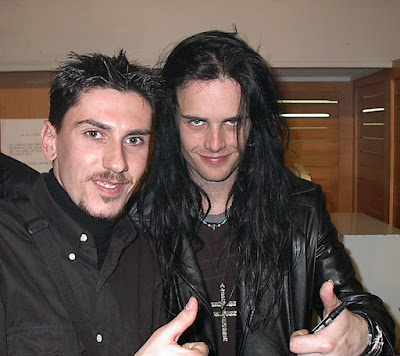 Savatage photos are taken from the show in Athens, Greece (January 26, 2002) by Andreas Andreou.