After hammering the final nails to the coffin of Reverend Bizarre, Peter Vicar followed his vision of a new Doom Metal band and brought to life, Lord Vicar. "We took our sacred oaths and never run", yell the children of Doom, and Lord Vicar stand in the circle of the most arcane form of metal.

With the new album The Black Powder out on The Church Within Records, we found Kimi Kärki while travelling to the other side of the world (but not the underworld). Somewhere between Cultural History and Aikido Martial Arts, Kimi Kärki very often offers music full of intensity and heaviness, so we talked about rotten music, "soul" music and Lord Vicar. 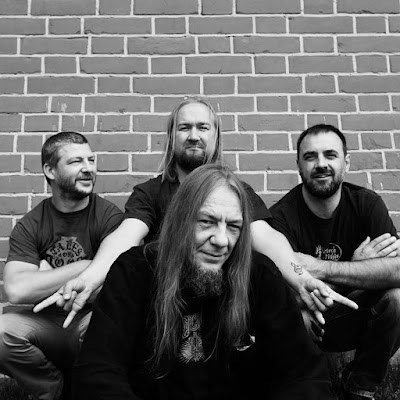 Peter Vicar is long dead. And from his ashes, Lord Vicar rose with Peter Inverted. Did you use black powder in the firearm that killed him? And after all those year, is Doom Metal dead or its "death" was a false preaching?

KK: I actually go with my real name Kimi these days. Masks can sometimes become very boring and even harmful. Doom metal is alive and well, even if it smells rotten at times.

Fourth full-length album for Lord Vicar and you continue spreading slow suffering all over the world. At least to those who follow your path or enter your way. I follow Lord Vicar since the beginning and I guess, I fear no pain. However, I have few friends that are regressive doomsters, and they fear the pain of the traditional sabbathian riffing. Or they try to avoid it. How would you define "true" Doom Metal?

KK: It’s the traditional Sabbathian riffing, clean vocals, full of intensity and power. It’s music that will, if done right, shake your foundations.

Dan Fondelius of Count Raven, told me in an interview we did in the recent past, "Doom is more than just rock music, it is many things". I guess that if someone can express those "things", he will enter the circle of Doom. I think you also have to add a Gibson SG guitar in the equation, correct?

To quote Dawn of Winter from their song 'The Music of Despair', "Doom is the soul of metal". If so, our souls are tormented and torn apart, and you keep reflecting sorrow and pain with the opening track of The Black Powder, the 18-minutes long, 'Sulphur, Charcoal and Saltpetre'. That's a bold way to open a new album but I guess you are not a predictable band anyway, right?

Besides the well-crafted compositions and performance on The Black Powder, there is lot of "soul" therein and I believe that this is the secret that transforms a good album to a great album. Where did you descent in order to create the dark symmetry (for both lyrics and music) of The Black Powder?

KK: Thank you for mentioning "soul". Our music is indeed meant to be "soul" music, even if the themes are dark. One has to take a cold look at the world, the way it is. Certainly there is beauty out there, but there is also all that poison, hate, malice, greed and cruelty. The themes of the album are available whenever I open the newspaper in the morning. Of course some of the material is meant for mental introspection and purification, at least in my case. We all carry a lot of darkness, and need ways to get it out. As a consequence, I am mostly happy smiling and relatively easygoing person. I have also done Aikido for five years now, and that has helped me to access some extra calm and steel. To build a musically good album, we felt, there has to be balance, dynamics and strong melodies.

You had the songs of the previous album (Gates of Flesh, 2016) written years before its release. Did you also have the songs of The Black Powder ready for long time, too? What kind of procedure do you follow during recordings?

KK: Some of the riffs are old, I think Gareth mentioned that some riffs of 'World Encircled' date back to his early years as a musician. In my case all that is on the album was put together after Gates of Flesh. Maybe some of the riffs were on embryonic stage already a bit before that. But the album as a whole, the lyrical themes, how it was arranged, that we did fairly recently. We try to get the arrangements in such a tight order that we can play the music live as a threepiece, with some edits and drop-ins if necessary. That way we got that tight but loose live feel on the new one. I really think we nailed it nicely this time, especially as this was No doubt musically the most challenging and progressive record we have done so far.

You are performing and writing music all the time after the death of Reverend Bizarre. Among others, you have Orne, you release solo albums, and there is Lord Vicar. How do you separate everything and is there a "guide" for each vessel you throw in the sea of music?

KK: I follow my intuition, pure and simple. I try to keep the subconscious mind open and do not stress about time. All things have their right time and place, and slowly the needed elements click together. I just know when it’s right. And I always also try to allow chance and the incredibly talented people around me to affect everything. That way things get raised to another level, they become more than the sum of their parts. It’s creative process seen as something magical, it has some ritualistic qualities, just like live performance. The energy just explodes through the roof when right things take place. I love that feeling, and am always in the hunt for it.

Do you plan any live shows with Lord Vicar?

KK: Yes. We will play some festivals, at least Storm Crusher, and some individual shows here and there. I can’t yet talk about stuff that has not been announced.

Thanks for the music!

KK: Thanks for the interview! 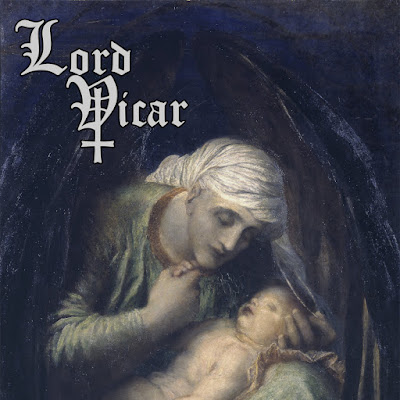