The legacy of heavy metal EPs (and mini-albums). 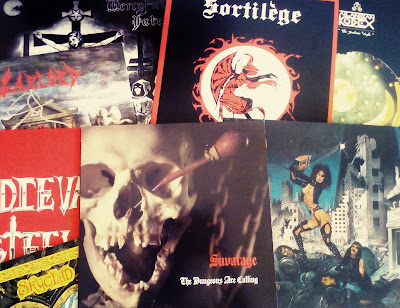 There is a common assertion, that the best albums in the field of traditional metal (heavy, power, thrash, you know what I mean) were released during the '80s. And while this is a debate that can be analyzed in the future, most of the classic albums of the '80s had a track list of 7, 8, 9, 10 songs or so. The estimated running time was 30 to 45 minutes in most of them and you can hardly have a "filler" or two in those classic albums. What is a classic album? Blizzard of Ozz, Heaven and Hell, Hail to England, Don't Break the Oath, Marching Out, Hall of the Mountain King, Abigail... stuff like that.


From the '90s and all over the '00s, when the compact disc format ruled the field (while vinyl was having a rest), the running time of the albums and the number of tracks was raised. A lot. And so did the "fillers" in most of the albums, especially the ones released by major labels, including the independent ones that became bigger. However, from the '10s and on, vinyl started having a stronger comeback, mainly in the underground scene, so more EPs (actually, mini-albums...) and albums with a running time of around 40 to 45 minutes were released. Then, all labels (including major ones) entered the vinyl game, but major ones, kept asking for more songs. Now, let's go back in the '80s...


When Savatage recorded their first album, they had many songs completed for that session, so it was decided that few of them would be released later and not all together, so their first release won't be a double album. You know, back then, vinyl ruled the land and there was a time limitation for each album. So, in 1983 Sirens was released and a year later, the rest of the songs of that session, were released under the title The Dungeons Are Calling, but that wasn't a full-length album. It was a mini-album, or MLP (mini LP) if you prefer. It didn't last for many years, but there were also mini-albums back in the '80s. In the years to come though, the mini-album term, was completely replaced by EP. So, you have LP (Long Play = full album) and EP (Extended Play = something between a single and a full-album).

All those mini releases, and according to Metal Archives (the Bible of modern metalhead; an important tool, however) are now considered EPs and the mini-album term is long forgotten... It was different than the EP, different than the full-album, but in many cases, things were confused.

Let's go back to The Dungeons Are Calling. That mini-album had 6 tracks, 25 minutes running time and vinyl is played at 33rpm. Most of those mini-albums were played at 33rpm, while most EPs were played at 45rpm, like the singles. There were two kind of singles, 7" and 12". Singles were released mainly from bands supported by a big label or a label that believed that the band/artist could have some commercial success. The first single from an album was released before the official release of the full-album. The single/main song could enter the charts, played on radio, and even a video clip could be filmed. Sometimes, nothing of these happened... And there was just a single release. 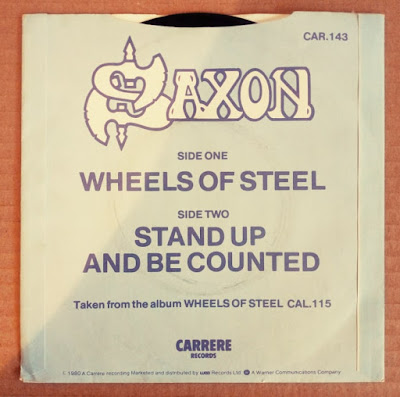 However, there are also some different kind of singles. The kind of singles that were privately released, or from independent labels and didn't accompanied a full-album. Singles that are also considered as EPs from few people. There were many of them during the New Wave of British Heavy Metal and the worldwide underground metal scene. Also, during NWoBHM, Venom released few singles with songs that weren't included in the albums of that period. 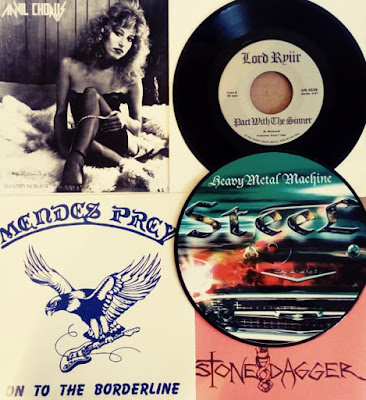 Let's go to some examples. Warlord's Deliver Us (1983) is one of the most famous mini-albums of our field, while Slayer's Haunting the Chapel (1984) is a famous EP. The funny thing, is that Warlord's Deliver Us has 6 tracks, running time of 29 minutes and nowadays is considered as an EP, exactly as Ruffians same-titled release (1985) that is 30 minutes, while Bathory's same-titled debut album (1984) has a running time of 27 minutes... And if we want to add more paradox in the equation, Slayer's Live Undead (1984), a considered live album (7 tracks), has a running time of 23 minutes, that is less than most mini-albums (that today are considered EPs). Are you confused or the term mini-album sounds more relevant now?


In 1986, Slayer's Reign in Blood was released. An album of 10 tracks with  running time of 29 minutes. Until that time, there were many albums with a running time more or less of 30 minutes, but I believe that this specific album was the turning point that changed things, and in order to identify a release as a full-length album, it needs to have a running time more than 30 minutes. The number of tracks is also relevant but there are some cases that it makes no difference. For example, Agathocles' If This Is Cruel What's Vivisection Then? (1990) has 10 tracks... but it is just a 7" with a running time of 10 minutes! So, when we talk for subgenres like grindcore, the number of tracks is not something we can count on.


Until the end of the '80s, there were more mini-albums released (they were also advertised this way) that today are considered EPs.

Mini-albums were also releases that helped labels to bridge the period between two full-albums. Some of them, didn't have only new material, but also a mix of new material with older songs or live tracks, something like a mini compilation. 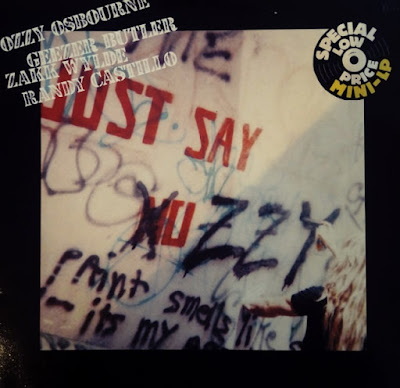 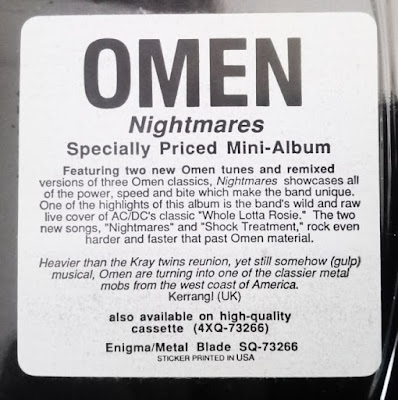 The term mini-album is completely gone now, and everything under 30 minutes is considered as an EP. However, if it has more than 6-7 tracks, sometimes it can be considered as an album even if the running time is something like 29 minutes. Like Manacle's No Fear to Persevere... (2018). But again, at the time you are reading this article, if you will check Metal Archives, Emerald's Armed for Battle (1987) is mentioned as an EP, despite the running time of 33 minutes and the same goes for Villain's Only Time Will Tell (1986) despite the 7 tracks and the running time of 31 minutes.


There are few exceptions, where bands intentionally want a release to be considered as an EP in their discography, even if it is not. For example, Dream Theater's A Change of Seasons (1995) with a running time of 58 minutes. The same-titled track alone, is 23 minutes, while the rest are covers. And if this is a sort of a "special" release, we also have Reverend Bizarre's Harbinger of Metal (2003) that has a running time of 74 (!) minutes and it considered an EP...


Don't be afraid of EPs (and mini-albums). Some great music runs within those less than 30 minutes releases, and there are already few great ones out there, released over the recent years, like Dawnbringer XX, Gatekeeper Grey Maiden, Idle Hands Don't Waste Your Time, Sabïre Gates Ajar, The Temple As Once Was, and more.

5 classic EPs from the doomed dark age (in alphabetical order):


p.s. 1: This year, we celebrate 40 years of Saxon! The debut self-titled album (1979), is one of those albums with a running time less than 30 minutes. Less than few mini-albums (that today are considered EPs).

p.s. 2: Today, despite the fact the many new bands want their first release to be an EP (it would be a mini-album in the '80s), labels don't feel very comfortable, since the manufacturing cost is the same as a full-album, but they can't market it as such, and it must have lower wholesale price for the distributors, while promotion is also difficult.


Photos are from my personal collection (Andreas Andreou)


Which ones are your favourite EPs?