In a quest for new realities: WHITE CRONE interview with Lisa Mann

There are always times when out of nowhere, appears a heavy metal album that sounds fresh, inspired and addictive, with excellent songwriting and performance. And there are times that these albums come out of the blue, from bands that you don’t know. These bands and these albums are what we’re really looking for! White Crone is one of those bands and The Poisoner one of those albums! White Crone’s debut album was privately released in February 22nd of 2020, composed and arranged by a super talented person, Lisa Mann.

The Poisoner is a brilliant traditional heavy metal album inspired by ‘80s Black Sabbath and Iron Maiden, combined with Lisa’s musical background. Bruce Dickinson-like female vocals, excellent dual guitar parts and ideas, prog elements, a powerful rhythm section with bass guitar dominating the record, a doom-y and mystical aura, a short visit at the seven gates of Hell and a guest appearance of legendary drummer Vinny Appice (Black Sabbath, Dio), make this album one of the best releases of 2020. This album is epic.

We want you to know this band. We want you to listen to this album. We talked to Lisa Mann and here is all you have to learn for now!

White Crone's debut album The Poisoner is heavy metal but you actually come from a different musical background as a musician. First of all, introduce to our readers your "other" background.

Hey Andreas, first I want to say thanks for this interview! Well, my name is Lisa Mann and I have a longstanding career as a Contemporary Blues artist. I've been blessed to accept two Blues Music Awards as a result.

And how did you decide to write and record a heavy metal album?

Well, I grew up a huge metal fan and I never stopped loving it. I have co-written in the genre with others in the past, I worked on a symphonic metal project called Cry for Eden, however this is the first metal recording of my own. I was inspired a few years ago when I heard Ghost during the Grammy process. They are so unusual and have so many odd influences. It occurred to me one day while listening that I didn't have to follow some sort of rules, I could just record whatever I wanted! Soon after I started hearing in my head the melodies and parts that would eventually become The Poisoner.

You're singing and playing almost everything, and I listen to a strong performer and a great musician. It really needs a lot of passion and skills to perform these songs and I find very inspiring the kind of heavy metal you're playing. How did you find the rest of the members contributing in The Poisoner and how did the Vinny Appice connection happen?

Thank you for your kind words! Well, I am primarily a bass player and vocalist, so putting together those parts wasn't an issue. But I decide to teach myself guitar in order to complete the album.  I watched a lot of YouTube instructional videos to learn guitar. I wrote the drum parts as well and recorded scratch tracks on electronic drums, but handed most of the real recording work over to drum instructor Larry London, with whom I had worked on Cry for Eden.  I also invited my old friend Mehdi Farjami, formerly of Glacier, to put down some smoking guitar tracks on two songs, and had percussionist Caton Lyles guest on a song with a middle eastern vibe.

I had worked with Vinny Appice before on a blues-rock track on my last blues CD, Hard Times, Bad Decisions. He works remotely from his home in southern California, and creates very high quality tracks that the recording engineer, Kevin Hahn of Opal Studio, found easy to work with.  Of course he lays down a heavy beat that only John Bonham could have matched. I basically cold-called him when I was recording that blues CD. I figured, the worst thing that could happen is he'll say no, but he said yes! I'm still pinching myself.

By the way, what's your favorite album with Vinny Appice and why?

Holy Diver is one of my favorite albums of all time, and I just love Vinny's work on it.

Early on as a budding bass player I really dug Led Zeppelin, Cream, and Deep Purple. As a teenager I really got into Iron Maiden, and learned how to play and sing along with the first five albums. Also, Mercyful Fate/ King Diamond, Ozzy, Dio, Megadeth, Rush, Venom, Judas Priest, Manowar, Black Sabbath, all that classic stuff. King Diamond's Fatal Portrait is still a favorite.  I still love all the classics, but now I also appreciate such diverse bands as Ghost, Behemoth, Dimmu Borgir, and Avatar. I think Avatar's Feathers and Flesh is one of the greatest audio achievements in metal history. 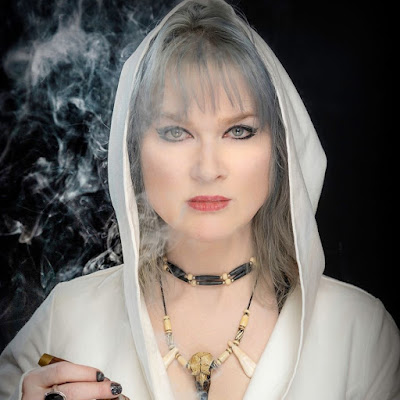 Do you think that as we're growing our musical taste changes or the first albums we listened and loved will stay forever with us?

Oh I definitely think it is a bit of both. I never "grew out" of metal, I have always just added to the music I love. After I got into the blues scene, I started falling in love with Jimmy Reed, Etta James, Little Milton and other blues greats. When my blues band is on tour, it's not unusual for us to listen to a Howlin Wolf CD for a while, and then crank some Ghost or some Avatar!

Back to The Poisoner. If someone wants you to describe the album by mentioning five other albums, which ones would they be?

Interesting question... that would be hard, since I have so many disparate influences. I'll narrow it down to Iron Maiden - Powerslave, Dio - Holy Diver, Judas Priest - Sad Wings of Destiny, Black Sabbath - Master of Reality, King Diamond - Fatal Portrait

Lyrically, I assume you have specific things in mind you would like to explore and not just adding "words" to the music. Can you expand on the most important subjects of the album?

Lyrically I am coming from the point of view of the character, White Crone. She is the village wise woman, the storyteller, the prognosticator. Most of the lyrics are mystical in origin - there is a song about a primal goddess, an ancient zombie curse, an encounter with demons, that sort of thing. The title track "The Poisoner" is about a character who exists through time and space, invisibly poisoning those who mistreat others. There's a YouTube video of his story that's rather fun! But there are also a few real world stories, like "18 Rabbit", which is about a real Mayan king, who was a patron of the arts, and a peaceful ruler. His story ended tragically, as the song describes. "Edge of Gone", a Sabbath-y track, is about a mentally ill homeless person, which is a huge issue where I live in Portland OR.

And how do you see the world nowadays, as a citizen of the United States of America?

Our nation has a long, turbulent past, and we have obviously never really come to grips with the darkness of our founding. We are in the midst of a pandemic, which we were unprepared for despite our great wealth, and at this time cities are in flames with protest over racial injustice.  Other nations with similar dark history have made efforts to come to grips with it. But here in America we tend to let things simmer too long until tensions explode. I hope we can work for a better, more just future, but we can't do that until we take a good hard look at our history and our institutions, like the justice system. We can learn from other nations, like Germany, that has many history museums and school education programs about its dark past. 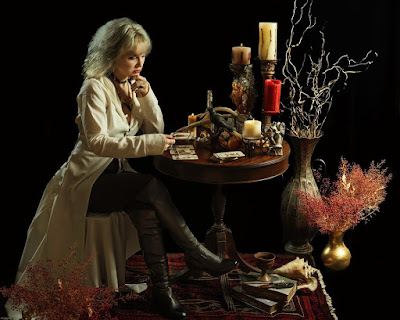 Funny how you chose to cover Venom's "Seven Gates of Hell", a not so obvious choice but clearly one of my favorite Venom tracks and I love how it sounds in the album's flow. Why did you cover that specific song?

I hadn't heard Venom in years, but once as I was getting ready to get on a plane to the UK, I loaded up a Venom compilation album on my phone. I was listening on the flight, and heard "Seven Gates of Hell". The recording quality is pretty crusty, and the performances very raw.  But the song structure is outstanding! I imagined in my mind, what if Dio sang this song? And that's how I approached it in the recording studio. It is truly a well-constructed work of art, with fun horror-fantasy lyrics.

How did you decide to release the album privately and how do you view the music industry?

All of my blues albums have been independently released, and while none of them have been busting up the Billboard charts, I've done alright for myself. I try to mimic what a record company would do, in promo, advertising, distribution, etc. But with this metal album, it was a humbling experience. I guess I took for granted the success I've gained in the blues scene, and when I first released The Poisoner, I was having a very hard time even finding someone to promote it. But I ran into some great people via "Metal Twitter" and CarcassBomb at NoobHeavy did some excellent PR through some underground metal sites. Later I connected with Zach over at Metal Devastation Radio, and I've made some great contacts through Facebook as well. Almost every review of The Poisoner has been excellent, and though it didn't make a huge splash immediately, it's creeping up on people's attention.

There are great people in the metal scene that really care about the music, but there are also those who want to take what you have and not give much in return. If I am offered the right deal for the next White Crone album, I'll be happy, but for now I prefer being an independent artist.

So, you’re planning to continue with White Crone? And what about your rest projects?

So yes, I am indeed planning on creating another White Crone album. I also have an Americana/ Blues EP coming out in September as Lisa Mann. Another great project I'm working on is with a band called Splintered Throne. Their vocalist left the band last year and I was pleased to join them. We haven't been able to work together in person due to the lockdown, so we are using Dropbox and Zoom to write songs. We almost have enough for a full album now!

In the end, if you have to choose, is it a guitar or bass guitar for you?

Oh, absolutely bass guitar. I was born to play the bass! 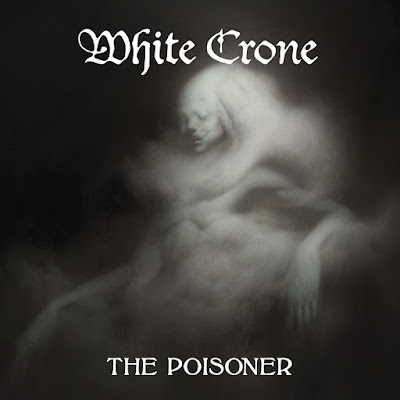 Listen and buy The Poisoner on Bandcamp HERE