Very often (very often) there are lists about the "greatest" singers in magazines and (mostly) online media. These lists are always similar not only because the "greatest" singers are objectively known but mostly because you "can't" make such a list without a few specific names. Name them Bruce Dickinson, Ronnie James Dio, Rob Halford, Eric Adams, Geoff Tate etc. These are legendary voices that should be in such lists for many reasons. If they are "objectively" the best, this is something that's always debated even among professionals, but they're definitely among the greatest.

While those lists are always similar, there will always be singers that never got their share of "greatness" in those lists but a few of them are singers of songs that match the quality of many of those you already know from those lists mentioned above. In the end, a song is not just about the instruments and how "correct" they're performed, or how a voice reaches specific "standards". The greatest pieces of art, sometimes are those who offered something new, something out-of-the-box, something with a passionate and unique performance, something that doesn't follow specific standards. "Critics-professionals-teachers" don't always understand them but the audience does. With that said, we can understand why Blizzard of Ozz or Metallica have sold millions of copies. These are perfect albums and everyone related to these albums can be in such "lists". 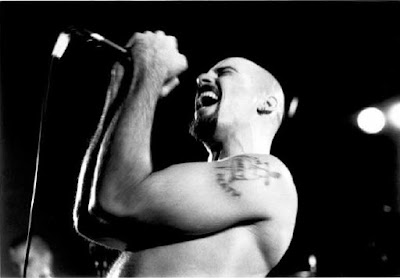 Besides all those singers that we use to see in these lists that are many times debatable according to personal tastes or because you can't understand the uniqueness, or talent, or you just don't like the person, there are many more that could be in every of those lists. So here you have the greatest metal singers you don't see in the lists with the "greatest singers".

The Mountain King, the voice of Savatage, one of the best US metal bands. A unique voice with character and passion. From his early performances and his iconic yell in "Sirens" up less known tracks like "The Price You Pay" he was always a character but when he was singing personal lyrics, an unmatchable feeling was dominating each track. During 1989-1991 almost each performance was magnificent, something not very common, even for the greatest singers that use a specific "singing template". "When the Crowds Are Gone", "Hounds", "Summer's Rain", "If I Go Away", Jon Oliva was always unpredictable, a legend on his own. 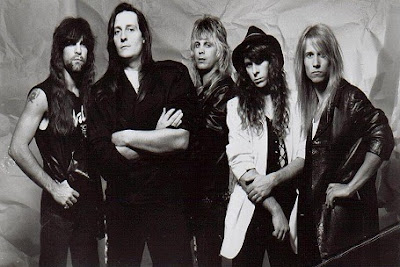 Tony Martin has a long story as an artist, even if he is mainly known as one of the Black Sabbath singers. Actually, he is the second longest serving singer of the first heavy metal band after Ozzy Osbourne. From The Alliance years up to replacing Ray Gillen in Tony Iommi's Black Sabbath version he was a singer with a talent that just needed the right people. And even if in The Eternal Idol (1987) he just followed Gillen's vocal lines, in Headless Cross (1989), Tyr (1990) and Cross Purposes (1994) he was an important element for one of the better heavy metal styles we love to listen. A solid singer with a huge voice. When he also started writing lyrics during Headless Cross he had the talent to find the most suitable words and phrasing that could perfectly fit with his vocal lines. 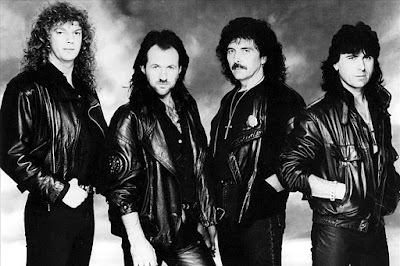 In the '90s, the music world was changing despite the fact that there were still a few bands coming from the '80s that expanded their commercial success and fame. But there was also something new, especially in the United States of America, where everything that W.A.S.P. was representing, became "old" and outdated. It was that point where Blackie Lawless started presenting a different, mature face miles away from the '80s party style of the band and the years where they were targeted by the Parents Music Resource Center (PMRC) along with bands like Twisted Sister. Still though, Blackie  was always different even if his live performance is known for pre-recorded parts. From simple lines like "I'm a wild child, come and love me", to controversial lines like "I got pictures of naked ladies" up to "where is the love to shelter me", Blackie always had this huge emotional voice that made every line sound true even if his self has rapidly change over the years.

Few bands with more than 5 albums can claim that each one of them is at least great, and one of them is Solitude Aeturnus. The Epic Doom Metal legend from Texas is the greatest band of its kind along with Candlemass and an important element of this (true) statement is Robert Lowe's vocal prowess. A cathartic voice that leads tο redemption while at the same time it is mournful leading to ultimate sorrow.

PERFORMANCE: Mirror of Sorrow (Into the Depths of Sorrow, 1991)

While his legacy is limited to Heir Apparent's One Small Voice (1989) and a few more recordings here and there, Steve Benito had an extremely elastic voice that was very different from all those Geoff Tate clones that despite their excellent abilities were nothing new and all sounded alike. However, he didn't make any career in music because of his character since despite being a talented person, he was also extremely brash, offensive, very opinionated and always used to getting his way, leading Heir Apparent to the end after the release of One Small Voice, illegally taking the name and putting founder Terry Gorle out of the band. Still though, from the rehearsal recordings of the Triad release up to the second Heir Apparent album and the available live shows on the web, Steve Benito is an undeniable talented and intelligent singer.

Eric Clayton's story is a story that could be larger than the man himself and his band, Saviour Machine. A life of wounds and scars, each one of them present in each song and each performance. The scars in the soul of Eric Clayton were created from deep artistic and emotional wounds and after chasing monsters for a lifetime he finally found love and redemption. His songs are his legacy and within them, you can feel the wounds, the pain, the feelings, his revelation and his art. An emotional baritone with a unique ability to transfer his inner feelings and soul to the listener. 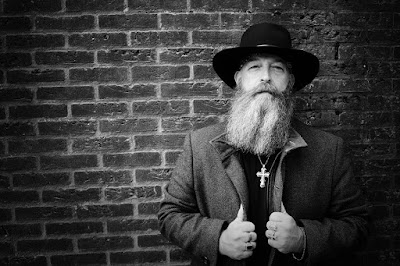 Born John David Kimball in March 12th of 1958, died by cancer in October 3rd of 2003, the voice of bravery can be heard in Battle Cry (1984), Warning of Danger (1985), The Curse (1986) and Nightmares EP (1987) of Omen, one of the greatest US underground metal bands of the '80s. "Nothing worthwhile is easy, the path isn't always clear", Kimball sang in "At All Cost" and his life was indeed unclear and difficult but his legacy will remain.

A haunting and hypnotic voice that  transforms every single line into an image. There are very few singers that can catch the exact mood of the music and lyrics; Buddy Lackey (later Devon Graves) is one of them. Dreams, pain, anxiety, fear, life, society and a wider abstract philosophy around them finds the perfect voice to transform words into images through a unique performance that cannot be easily copied. From "Hangin' on a String" riding on an endless carousel of wishes, hopes and dreams up to the Deadsoul Tribe, the voice that whispers in our ears speaks in words that come from inside, crashing the waves upon the shore. Pure art. 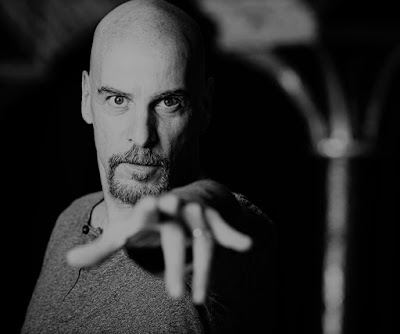 The voice of the first five albums of Shadow Gallery left the mortal world on October 29th of 2008 by heart attack but he marked our lives forever. Despite the fact that he wasn't a composer or lyricist and even most of the vocal lines were written by others (mostly Carl Cadden-James) his performance was an important element in the music of Shadow Gallery and truth to be told, Shadow Gallery's vocal lines are like songs within the songs, and among the best ones in metal music. Baker's emotionally trembled voice had a specific feeling in most of the songs adding a further uniqueness. 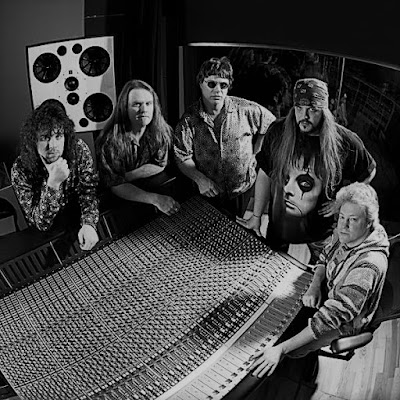 There is also another kind of voice, the "life" voices. The confident singers who put their voice's uniqueness and character on top of their lyrics, mainly talking about life, like they already lived what they're talking about. It can't get more real than that and Dee Snider has one of the most powerful voices that grabs you at once no matter how many better singers you can easily think off. Recognizable from the first second, Snider might very well also be the greatest metal frontman ever walked the stage. 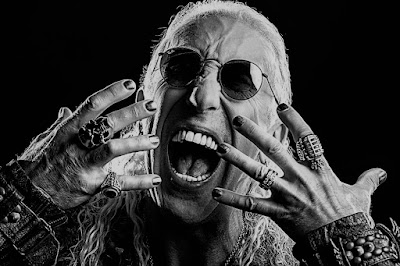 PERFORMANCE: The Fire Still Burns (Come Out and Play, 1985)

Those lists are male-dominated in all media, probably just because heavy metal also looks like. However, we can't act alike so here is our pick: Jutta Weinhold, the German singer mostly known from Zed Yago and Velvet Viper but she also had a solo career in the '70s.

I saw live Jutta in Germany at the Keep It True Festival in 2015. Born in 1947, she was 68 (!) years old that day. She didn't look more than 50 and she didn't sound more than 40. That was a legendary performance for a person that's nearly 70 years old. Bring in your mind someone at that age and then imagine that one on stage performing "Zed Yago", "The Spell from Over Yonder" and "Revenge". Unbelievable. Jutta nailed everyone, and EVERY man close to her age.