When passion, talent and shining souls unite: A study on Sumerlands' "Dreamkiller".

What do most musicians think nowadays when they're recording new music? There are many answers but let's put this aside for now. What do I believe Sumerlands had in mind when they recorded Dreamkiller? "Let's have a record that will stand the test of time". And so they did. 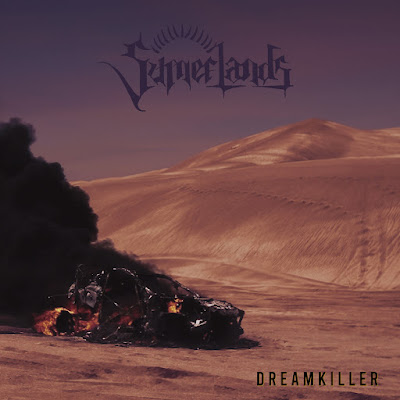 You can go as far back as possible (literally many decades) and still can find things and techniques that inspired Dreamkiller's sound. Sometimes, the basic and old recording techniques can be the most important base to build up your sound. The automatic double tracking effect and chorused guitar signal, the synthesizer technology, even walking around the studio and the recording place in order to find the best sounding spot to place the drumkit and the mics. Everything is important, including of course the equipment and how you can use it. Once you have the songs, you always need the proper sound. The recordings also need air and space, they need to breathe, and modern recording technologies should not drink the blood of your art. Just like in life, there has to be a balance.

Recorded, mixed and mastered by Arthur Rizk (with additional engineering by John Powers), Rizk, the most important and talented new producer out there nowadays, produced an album that will stand the test of time in all terms. While having a skillful usage of textural sound design, Arthur is also based in a production and recording style rooted in all-things classic (rock, hard rock, heavy metal) techniques, adding a strong work ethic and discipline. Every idea and opinion is welcome and every reference can be used. Old and new methods, doubling vocals, bass coming from everywhere, synths, lots of guitar riffs (Fender guitars only!) and melodies. Nothing is weird and crazy, everything can be placed somewhere for a reason. A couple of years ago, this site hosted a feature about the future that belongs to the brave with Arthur Rizk on top of that list, foreseeing somehow the future. Brendan Radigan was also there.

When the band was working on Dreamkiller's songs, the news of the passing of best friends Riley Gale (Power Trip) and Wade Allison (Iron Age) within a few days, broke Arthur Rizk into pieces, just like all of their common friends and circle. That happened when Eternal Champion's Ravening Iron album was already completed and scheduled for release but for a while, Dreamkiller was put on hold after Riley's and Wade's passing in late August and early September of 2020. The album’s songwriting was probably already completed by the summer of 2020, but upon listening to Dreamkiller now, you can feel a strong vibe of melancholy on it. 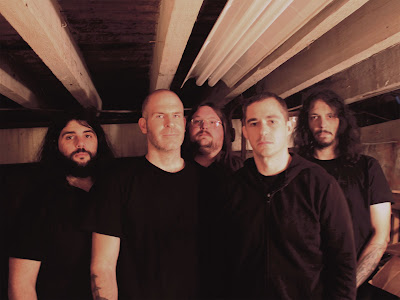 Sumerlands' debut album of 2016 was an artistic success, one of the best albums of the 2010s according to the author and you can read a brief review written for Iron Fist UK upon its release HERE.

Six years is a long time though... September 16th of 2022 is the street date of Dreamkiller and the 35-minute album that will be released by Relapse Records in various formats is a strong candidate for Album of the Year. But let's leave aside for a while the "Album of the Year" tag. Forget also the "Top" lists you're going to see (or not going to see) including (or not including) Dreamkiller. Just listen, feel and experience that album, because it's happening NOW. This is a future classic and you don't want to ignore it NOW.

Just like 2016's debut album, the opening track "Twilight Points The Way" also starts with a guitar solo part following the main riff and when the vocals are coming in, it sounds different and yet familiar. The guitar solo part after the bridge of "fading shadows covered by the light / such memories lost from sight" sounds like a bittersweet memory of names time forgot but you're trying to preserve.

"Heavens Above" is the first song of the album that was presented in public, part of the Ageless Life single that was also released as a limited edition cassette tape by Sword Worship, including the Fleetwood Mac cover of "I'm So Afraid". The vibes from the debut album are stronger here and the first song we listened to from Dreamkiller sounds like the perfect link and continuation to 2016 while the vocal melody also brings in mind the way Phil Swanson handles his vocal lines and words. Starting also with a beautiful guitar solo part when the chorus hits, you listen to this guitar riff that brings in mind Jake E. Lee during his Ozzy Osbourne Ultimate Sin era, something that is an important inspiration for the album and Sumerlands so far.

In the third track and the first video clip of the Philly band, "Dreamkiller", they deliver an up-tempo track with a mid-section of classical Johann-Sebastian-Bach-inspired guitar harmonies, an Yngwie-Malmsteen-vibe and Ozzy-fuelled vocals. "Night Ride" that follows has the most suitable title for its music. A perfect night ride song in an empty highway with the stars above you, with a rhythmic background that could be the soundtrack of Snake Plissken's last night-time walk before escaping from New York. Brad Raub's bass line is the heartbeat of little gain and many losses, the pulse of an uncertain tomorrow. It's extraordinary how perfectly each instrument and performance is placed within the songs in order to give life to the songs and create images for every listener. Not everyone will "see" the same things but everyone can feel the life of the songs.

"Edge of the Knife" is one of the album's highlights with the Jake E. Lee riffing style (is "Bark at the Moon" the greatest heavy metal riff?) meeting George Lynch of the '80s Dokken era while they're listening to In Solitude's "To Her Darkness" after a drunken '80s Scorpions night party. Another highlight that links Dreamkiller with the debut album and besides the massive chorus power, we need to mention the incredible work Rizk and Powers have done in the guitar solo parts. Each and every song has the most suitable and inspired solo (and there are many of them!) in this masterful guitar-driven album.

"Force of a Storm" starts with synths followed by a specific aura and style that bring an AOR and '80s hard rock touch to its metal. Once again, we have a thick and rich sound, and it’s the time to praise Brendan's beautiful vocal lines and phrasing. He is also the lyricist and just like the best ones out there, he finds the exact words to fit the vocal lines and the music, something that's very important but sometimes we're missing it from many new bands. You don't have to scream all the time, cut or pull out the words... Just find the suitable ones, the words that will also be a part of the music and Brendan shines in this part. But it's not just that, beneath the lyrics of Dreamkiller, you can feel a wider idea of hopes and dreams that in the end are crushed by reality and the fact that nothing lasts forever. That song is huge. A hit that should be included in modern series like Stranger Things or Cobra Kai, the perfect soundtrack watching Maverick touching the sky, or Lieutenant Cobretti hunting villains in the streets of Los Angeles.

"The Savior's Lie" is another example that Sumerlands can add a variety in their songwriting without losing their cohesion. In that specific song I get a Ritchie Blackmore's '70s Rainbow era touch, an imaginary Perez-and-Edling jamming, and some mid '80s Tony Iommi's Seventh Star meets Eternal Idol vibes. And while I can hear the word "badlands" in the lyrics, an instant thought of Ray Gillen comes to mind, adding another connection to Jake E. Lee and a possible influence for Brendan's performance in Dreamkiller.

Closing track "Death to Mercy" is definitely one of the best songs here with its Spector Sound. That song is huge! And there is also the line, "Warlords have gathered their soldiers..." and after a while at 2:40 you can listen to a Warlord / Lordian Guard inspired passage that's Arthur's tribute to William J Tsamis, bringing shivers to those who feel it. And you can feel the songs once you will close your eyes. You will feel them touching your soul, and you will feel them moving your body. This albums moves you!

I don’t drive, so I need around an hour to get from my home to the headquarters of No Remorse Records where I am working. I get on a bus and then I change to the urban rail transport until I reach the center of Athens. And when I return home, I also need another hour. I have the album since a few weeks, so I uploaded it on my phone and I am listening to Dreamkiller four times every day for almost a month. Two times until I reach my work, and two times until I’ll return home. The perfect album to start your day and the perfect album to finish a hard-working day. This album moves me. Physically too. It makes you shake your body. It really does. And people watching me with the headphones, moving my feet and hips but I don't care. But most important though, this album is already part of my DNA and I can say that for just a handful of records released the last decade, including Sumerlands’ debut, Agatus’ The Eternalist and the albums of Eternal Champion, Atlantean Kodex and Crypt Sermon.

Dreamkiller has its own character. It's the songs but it's also the players, the sound and the production. It's not like all those same-sounding albums from bands coming even from different genres but still sound alike, with the same drumsound and the same settings that are digitally drowning.

The performance of each member is ace! It's like a team of players where everyone is pushing and pulling each other to bring their best out. They know what they can do, they know that they can do it well, but they're not stopping there. They evolve, they're on the top of their game and they're getting even better.

Finally, you can have a great singer or a virtuoso guitarist but if you don't have the songs, you have nothing. Sumerlands have the songs and Dreamkiller is an album with a monumental songwriting. Your band is not just as good as your singer or guitarist or bassist or drummer is. Your band is as good as your songs are and how good are the performers for those specific songs. And Sumerlands, is one of the best, modern heavy metal bands, releasing one of the best albums one can listen to over the last many years. And the years that will follow.

Those dreams are not killed. Listen to this album. Now. 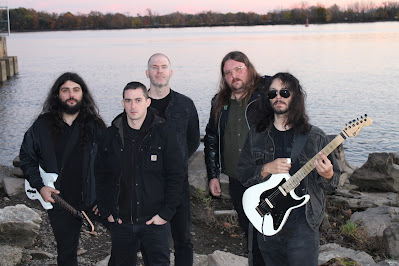