Queensrÿche's "Rage for Order": Vampiric obsessions, digital heartbeats and chemical youth - The Order behind the Rage.

RAGE is a word with an exact and specific meaning, while ORDER can be something more. And when ORDER is combined with other words, it can be even more. While there's no "Rage for Order" song in the same-titled album, this title has a deeper meaning, so let's see what lies beyond the words. Let's find out the questions that you need to answer.

Rage for Order was recorded and mixed by Neil Kernon under the band's full control since they weren't happy with the label's treatment to the previous album The Warning, where the record label changed the sequence of the songs and remixed it, releasing what we know, without Queensrÿche's approval.

Most of the songs and ideas of Rage for Order were written before Geoff Tate (vocals, keyboards), Chris DeGarmo (guitars), Michael Wilton (guitars), Eddie Jackson (bass) and Scott Rockenfield (drums) enter the studio after the summer of 1985 and the end of the tour supporting The Warning during 1984 - 1985, for more than 100 shows, mainly in the United States but also in the United Kingdom, Germany, Sweden and Japan, among a few others.

The world was a cold place. The world was changing and every country was something totally different from another. Everything was very different in the pre-internet world and the digital era, and the members of Queensrÿche wrote stories of the future echoing their present but always looking to the sky. They felt the eyes watching them. The digital and robotic feeling of the production is giving a futuristic vibe to the album while the coldness of the world is all over the sound of Rage for Order despite its emotional depth. The lyrics were always enigmatic and the songs seemed to be linked even if there wasn't a specific and clear concept - story behind it. Or there was?

The previous world tour was an eye-opening experience. Interacting with different people and cultures around the world, visiting the night clubs of central Europe, sleeping in London and walking through its dark and misty alleys, travelling with bullet trains in Japan and watching neon lights making the night a plasmatic day.

Queensrÿche realized very quickly that they weren't just five kids from Seattle starting living their dream; they made the dreams part of their art. But dreams are always uncertain. They echo fears, deep and unknown parts of ourselves and the world, things that can happen and things that would never be. Dreams are watching you. Until you will stop dreaming. 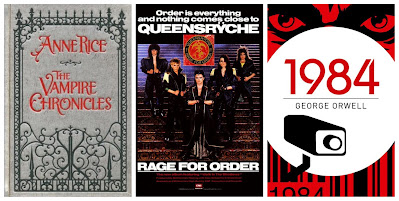 Starting with a relationship and an obsession, "Walk in the Shadows" introduces vampirism, the night and the shadows. "I can cure the hunger that burns in your heart, just come to me, I'll take you home. We'll walk in the shadows, by day we'll live in a dream."

Can love suck your lifeblood? Queensrÿche's approach definitely can since their view on relationships (and love) had the shades of obsession, and intense but short-lived passions. In the end, those relationships left scars you see but don't clearly remember (or don't want to remember) and memories remembered like dreams.

"Our secret's safe for one more night but when the morning comes remember, I'll be with you" [...] "By day we'll live in a dream. We'll walk in the shadows. One day you'll be with me, if only you believe..."

While "Walk in the Shadows" involves an obsession in a relationship and the observation of one you watch from the shadows, "I Dream in Infrared" continues with a relationship and the dark vibe there is in these songs, starting with, "As you awoke this morning and opened up your eyes, did you notice the tear-stains lining your face were mine", as a continuation of the vampiric relationship. Can this song be a different interpretation of someone who deep within doesn't know, or remember, who he is? Someone who can't dream anymore and gave all of his secrets to his obsession "but the time is right" to leave one night.

"The Whisper" seems to continue the previous themes and while the fear of hunger is always there, the observation is stronger and someone or something else is entering and watching. Stalking for innocent victims, a new master who whispers to new slaves that should forget what they've learned in the past. But therein, you don't listen only to whispers and voices, there are also "screams from a new love"...

Choosing Dalbello's "Gonna Get Close to You" to appear on the album as a cover song, one can't think of anything else than just how suitable are the song's lyrics with the rest of Rage for Order, while the video for this song also works nicely and the ending is open to different interpretations. Originally sung by Lisa Dal Bello (woman), then sung by Geoff Tate (man) it also means that the roles can change. And are really things just "as plain as black and white"?

"The Killing Words" sound like a song with a very clear meaning about the end of a relationship, a personal song that's probably based in a real relationship (?) There's a strong pain in this song, so one wonders about the performer's mentality connecting with such songs after years, revisiting them as memories or dreams. "Do you remember the dreams, the nightmares we shared?"

Leaving behind a song that looks very personal and emotional, "Surgical Strike" is the opposite, describing fighters "programmed" and "taught not to feel". The personal feelings, the personal ORDER now becomes something universal. It's the point where the individual forces itself to view the obsessions and the scars of the past as a memory; a dream. It's the point where if it can happen to one, it can happen to all. We can reach the point as a human race where the emotions and feelings can be removed by someone. Who that someone could be? And what's the reason for that? A cause? An act of slavery? "At master control, assessment will not be by humans."

"Neue Regel" is the German for "New Rule", and it certainly didn't come randomly. The word ORDER appears again after "it leads us to order" from "Surgical Strike", to "order of a new kind". What's this ORDER? It is not personal anymore and now it becomes political and technological. The kind of ORDER that can end all dreams and hopes while there appears "a distant wanderer". "It's time for the world to hear, Neue Regel is here."

"Chemical Youth (We Are Rebellion)" sounds like a rebellion to everything that proceeded, still though it needs to be "chemical". However, is this rebellion against technocracy and technological ORDER? Or is it the rebellion of the technological religion? With "the media mouth open wide", humankind can be controlled and enslaved in a digital prison.

What happened in "London", stayed in London. What happened on November 4th? Can hunger be really cured? "You're just a memory now, like all the ones before" [...] They cry remember, blood-red streaks on velvet throats at night".

In "Screaming in Digital" one can say that artificial intelligence and humans have become somehow equal in controlled emotions, controlled freedom, and controlled dreams. But who's the father and who's the good boy?

And finally, "I Will Remember" serves as a postscript where all memories, dreams and emotions seem that in the end are watched by "distant eyes" (satellites?). What's the star that came that night and the thought that feels the mind? Do we really know what we've done? Do we really live or our lives are within a screen?

Are those vampires (not humans) who walk in the shadows and see in infrared the ones who left every feeling and dream behind becoming the new kind? Or the new kind is the programmed human race? What are really the machines that can steal each other's dreams?

Human evolution does not mean leading by degrees to something superior or going to something better. It means something different. And technology evolves alongside humankind but in the end, human evolution is all about survival while technological revolution can become a revelation.

"Freedom belongs only to those without video screens for eyes and mouth." 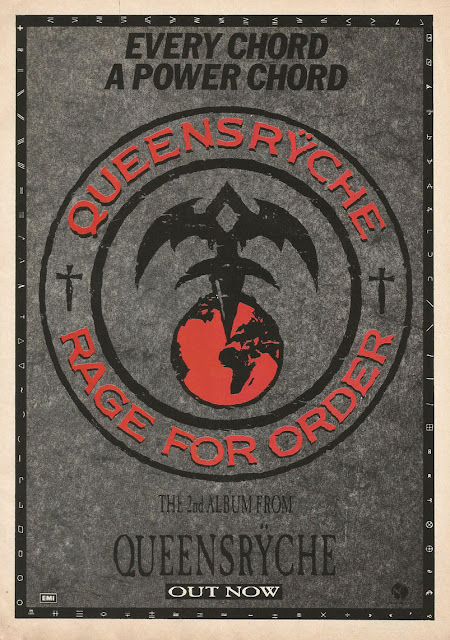